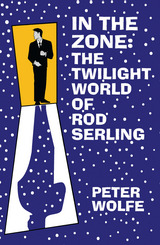 The classic television show The Twilight Zone explored the possibilities inhering in the ordinary. A Twilight Zone episode moved us by being poignant and intimate, rambunctious or thought provoking. But whether it takes place on an asteroid, in a city pool room, or in the backwoods, it will usually convey both a folklorist’s eye for detail and the born raconteur’s sense of pace. Rod Serling, the show’s originator, main scriptwriter, and artistic director, knew how much burden he could place on his rhetorical and dramatic gifts. Deservedly celebrated as a pioneer fiction writer for television, Serling always grounded his work in the human condition: he wrote movingly about history and loyalty, the grip of everyday reality, and the dangers of both forgetting about one’s ghosts and giving them the upper hand.
TABLE OF CONTENTS