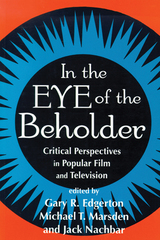 Film and television are subjects of intense study throughout higher education today. Popular culture has undergone a revolution during the last generation, progressing from a discipline at the margins that was reflexively treated with contempt to one of the most widespread  and productive topic areas in the arts, humanities, and social sciences. The increased attention on film and television is clearly part of this overall acceptance and growing cachet now accorded popular culture in the academy.