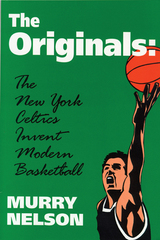 Was there really professional basketball before the NBA? Indeed there was. It was a rugged game but one that continued to evolve swiftly from its invention in 1891. The original Celtics were at the vanguard of this creation and development. The team began as a local group of young Irishmen from the Hell’s Kitchen area of New York City in 1914. Through shrewd acquisitions of top players, they were transformed into the most powerful basketball team of their time. In the period from 1919 to 1928 the Celtics won over seven hundred games with fewer than sixty losses. This book chronicles the team, the players, the league seasons and the early era of professional basketball.