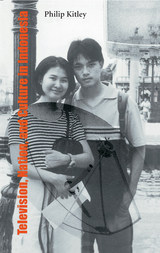 The culture of television in Indonesia began with its establishment in 1962 as a public broadcasting service. From that time, through the deregulation of television broadcasting in 1990 and the establishment of commercial channels, television can be understood, Philip Kitley argues, as a part of the New Order's national culture project, designed to legitimate an idealized Indonesian national cultural identity. But Professor Kitley suggests that it also has become a site for the contestation of elements of the New Order's cultural policies. Based on his studies, he further speculates on the increasingly significant role that television is destined to play as a site of cultural and political struggle.
AUTHOR BIOGRAPHY
Philip Kitley is Senior Lecturer in the Department of Humanities and International Studies, University of Southern Queensland.