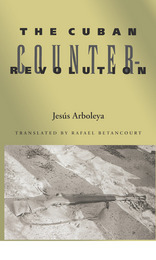 For forty years the Cuban Revolution has been at the forefront of American public opinion, yet few are knowledgeable about the history of its enemies and the responsibility of the U.S. government in organizing and sustaining the Cuban counterrevolution. Available in English for the first time, this outstanding study by Cuban historian and former diplomat Jesús Arboleya traces the evolution of the counterrevolutionary movement from its beginnings before 1959, to its transformation into the Cuban-American groups that today dominate U.S. policy toward Cuba. Arboleya also analyzes the role played by Cuban immigrants to the U.S. and the perspectives for improvement in relations between the two nations as a result of the generational and social changes that have been occurring in the Cuban-American community.