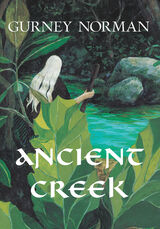 A classic tale of heroism and revolution by celebrated Kentucky writer Gurney Norman.

First published in 1975 as a spoken-word record, Gurney Norman’s classic folktale tells the story of resistance among “the folks” in a mythical “hill domain” ruled by an absurd but evil king. Told in mock-heroic language, the story employs satire, comic irony, regional speech, and “the voice of a storyteller,” as a fugitive hero, Jack, leads the people in revolt against an oppressive monarchy.

Published in 2012 by Old Cove Press

Gurney Norman is a novelist and short story writer whose works include Divine Right’s Trip, Kinfolks: The Wilgus Stories,Ancient Creek: A Folktale, and Allegiance. He is a professor of English at the University of Kentucky and a former Kentucky Poet Laureate. A native of eastern Kentucky and southwestern Virginia, he was the recipient of a Wallace Stegner Fellowship in Creative Writing at Stanford University. Norman has received many honors for his work and is a widely known Appalachian literary and cultural advocate. He is coeditor of Back Talk from Appalachia: Confronting Stereotypes, and An American Vein: Critical Readings in Appalachian Literature.