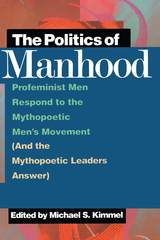 The concept and reality of revolution continue to pose some of the most challenging and important questions in the world today. What causes revolution? Why do some people participate in revolutionary events while others do not? What is the role of religion and ideology in causing and sustaining revolution? Why do some revolutions succeed and some fail? These questions have preoccupied philosophers and social scientists for centuries. In Revolution, Michael S. Kimmel examines why the study of revolution has attained such importance and he provides a systematic historical analysis of key ideas and theories.

The book surveys the classical perspectives on revolution offered by nineteenth- and early twentieth-century theorists, such as Marx, Weber, Durkheim, Tocqueville, and Freud. Kimmel argues that their perspectives on revolution were affected by the reality of living through the revolutions of 1848 and 1917, a reality that raised crucial issues of class, state, bureaucracy, and motivation.

The author then turns to the interpretations of revolution offered by social scientists in the post-World War II period, especially modernization theory and social psychological theories. Here, he contends that the relative quiescence of the 1950s cast revolutions in a different light, which was poorly suited to explain the revolutionary upheavals that have marked the 1960s, 1970s, and 1980s. With reference to the work of Barrington Moore, Theda Skocpol, Immanuel Wallerstein, and Charles Tilly, among others, Kimmel develops the criteria for a structural theory of revolution. This lucid, accessible account includes contemporary analyses of the Nicaraguan, Iranian, and Angolan revolutions.
AUTHOR BIOGRAPHY
Spokesperson for the National Organization for Men Against Sexism, Michael S. Kimmel is Professor of Sociology at the State University of New York, Stony Brook, and editor of masculinities, a scholarly journal. His books include Men's Lives, Men Confront Pornography, and Manhood in America: A History.
TABLE OF CONTENTS

Part III: The Personal is Intellectual
7. Born to Run: Nineteenth Century Fantasies of Masculine Retreat and Recreation (or The Historical Rust on Iron John) – Michael S. Kimmel
8. Deep Masculinity as Social Control: Foucault, Bly and Masculinity – Tim Beneke
9. A Woman for Every Wild Man: Robert Bly and His Reaffirmation of Masculinity – David Gutterman
10. Renewal as Retreat: The Battle for Men's Souls – Timothy Nonn
11. Mythopoetic Men's Work as a Search for Communitas – Michael Schwalbe

Part VI: Conclusion: Can We All Get Along?
24. Why Mythopoetic Men Don't Flock to NOMAS – Michael Schwalbe
25. In Defense of the Men's Movements – Don Shewey
26. Betwixt and Between in the Men's Movement – Mike Dash