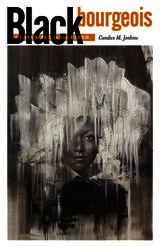 At a moment in U.S. history with repeated reminders of the vulnerability of African Americans to state and extralegal violence, Black Bourgeois is the first book to consider the contradiction of privileged, presumably protected black bodies that nonetheless remain racially vulnerable. Examining disruptions around race and class status in literary texts, Candice M. Jenkins reminds us that the conflicted relation of the black subject to privilege is not, solely, a recent phenomenon.

Focusing on works by Toni Morrison, Spike Lee, Danzy Senna, Rebecca Walker, Reginald McKnight, Percival Everett, Colson Whitehead, and Michael Thomas, Jenkins shows that the seemingly abrupt discursive shift from post–Civil Rights to Black Lives Matter, from an emphasis on privilege and progress to an emphasis on vulnerability and precariousness, suggests a pendulum swing between two interrelated positions still in tension. By analyzing how these narratives stage the fraught interaction between the black and the bourgeois, Jenkins offers renewed attention to class as a framework for the study of black life—a necessary shift in an age of rapidly increasing income inequality and societal stratification.

Black Bourgeois thus challenges the assumed link between blackness and poverty that has become so ingrained in the United States, reminding us that privileged subjects, too, are “classed.” This book offers, finally, a rigorous and nuanced grasp of how African Americans live within complex, intersecting identities.

Candice M. Jenkins is associate professor of English and African American studies at the University of Illinois, Urbana-Champaign. She is author of Private Lives, Proper Relations: Regulating Black Intimacy (Minnesota, 2007), which won the William Sanders Scarborough Prize of the Modern Language Association.