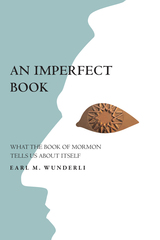 My first impression in reading this text was that it was rightly named in its title. Indeed the author intends to lead the reader through an exploration of a book that he describes as an imperfect book, and does so in a way that enables the book to speak for itself. Given the fact that so many approach the Book of Mormon through lenses already adjusted to read the text for apologetic purposes, I found the author’s engagement of the Book of Mormon to be respectfully and critically refreshing. Feeling unable to rely on historians, archeologists, self-designated authorities, or others with sure knowledge of the Book of Mormon, the author turns to the book itself for what it might reveal about itself. Rather than turning to external evidences to vindicate the central claims of the Book of Mormon, the author invites the reader to explore internal evidences to be discovered in the book itself. He does this while engaging a broad range of contemporary scholarship.

Dale E. Luffman, Association for Mormon Letters
AUTHOR BIOGRAPHY
Earl M. Wunderli has degrees in philosophy and law from the University of Utah. He retired in 1993 as Associate General Counsel for IBM in Connecticut. Now in Utah, he is a member of the board of directors of the Sunstone Foundation; he has presented aspects of his research at the annual Sunstone Theological Symposium in Salt Lake City. He has published two studies of chiasmus and Book of Mormon geography in Dialogue: A Journal of Mormon Thought.