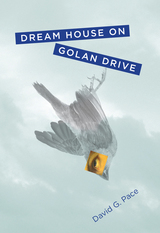 It is the year 1972, and Riley Hartley finds that he, his family, community, and his faith are entirely indistinguishable from each other. He is eleven. A young woman named Lucy claims God has revealed to her that she is to live with Riley’s family. Her quirks are strangely disarming, her relentless questioning of their life incendiary and sometimes comical. Her way of taking religious practice to its logical conclusion leaves a strong impact on her hosts and propels Riley outside his observable universe toward a trajectory of self-discovery.

Set in Provo and New York City during the seventies and eighties, the story encapsulates the normal expectations of a Mormon experience and turns them on their head. The style, too, is innovative in how it employs as narrator “Zed,” one of the apocryphal Three Nephites who, with another immortal figure, the Wandering Jew of post-biblical legend, engage regularly in light-hearted banter and running commentary, animating the story and leavening the heartache with humor and tenderness.