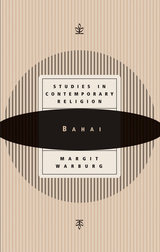 There are 100,000 Baha’is in the United States, about five million worldwide including a significant population in Iran, their country of origin. They are also the most persecuted minority in Iran, where they are accused of being heretics by the Shi’i establishment.

In fact, Baha’i draws on a diverse heritage that encompasses both East and West. Reflecting their Islamic roots, they observe daily prayers and the reading of sacred texts; a month of fast; pilgrimage to Haifa, Israel, where the religion’s relics are preserved; and abstinence from alcohol. They face toward their prophet Baha’u'llah’s resting place when praying, which is reminiscent of Muslims facing Mecca to pray.

In other ways, the Baha’i religion has dissociated itself from orthodox Shi’ism. Adherents avoid communal prayer, reject the idea of a professional clergy, promote gender equality, and devote a great deal of attention to education, health care, and environmental issues. They work actively through the United Nations system to promote their view of a new world order of peace and harmony that they feel will one day unify humankind across all nations, races, and religions.

AUTHOR BIOGRAPHY
Margit Warburg is an associate professor in the sociology of religion at the University of Copenhagen.She serves on the advisory board of the Danish Ministry of Ecclesiastical Affairs and is co-chair of the academic Research Network on New Religions (RENNER). She has studied Baha’is for nearly twenty-five years. Her investigations have led her to the Baha’i World Centre in Haifa and Baha’i communities in Africa, Asia, and Europe. She is the co-editor with Eileen Barker of New Religions and New Religiosity and the author of books on eastern European Jewry and topics in the sociology of religion.