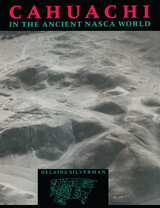 Ever since its scientific discovery, the great Nasca site of Cahuachi on the south coast of the Central Andes has captured the attention of archaeologists, art historians, and the general public. Until Helaine Silverman's fieldwork, however, ancient Nasca culture was seen as an archaeological construct devoid of societal context. Silverman's long-term, multistage research as published in this volume reconstructs Nasca society and contextualizes the traces of this brilliant civilization (ca. 200 B.C.-A.D. 600).

Silverman shows that Cahuachi was much larger and more complex than portrayed in the current literature but that, surprisingly, it was not a densely populated city. Rather, Cahuachi was a grand ceremonial center whose population, size, density, and composition changed to accommodate a ritual and political calendar. Silverman meticulously presents and interprets an abundance of current data on the physical complexities, burials, and artifacts of this prominent site; in addition, she synthesizes the history of previous fieldwork at Cahuachi and introduces a corrected map and a new chronological chart for the Rio Grande de Nazca drainage system.

On the basis of empirical field data, ethnographic analogy, and settlement pattern analysis, Silverman constructs an Andean model of Nasca culture that is crucial to understanding the development of complex society in the Central Andes. Written in a clear and concise style and generously illustrated, this first synthesis of the published data about the ancient Nasca world will appeal to all archaeologists, art historians, urban anthropologists, and historians of ancient civilizations.

Helaine Silverman is associate professor of anthropology at the University of Illinois at Urbana-Champaign; she has been working on the south coast of Peru since 1983. Author of many articles and book chapters, she is also the author of Cahuachi in the Ancient Nasca World (Iowa, 1993) and Ancient Peruvian Art: An Annotated Bibliography and coauthor, with Donald Proulx, of The Nasca.