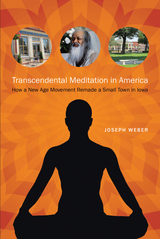 The Indian spiritual entrepreneur Maharishi Mahesh Yogi took the West by storm in the 1960s and ’70s, charming Baby Boomers fed up with war and social upheaval with his message of meditation and peace. Heeding his call, two thousand followers moved to tiny Fairfield, Iowa, to set up their own university on the campus of a failed denominational college. Soon, they started a school for prekindergarten through high school, allowing followers to immerse themselves in Transcendental Meditation from toddlerhood through PhDs.

Although Fairfield’s longtime residents were relieved to see that their new neighbors were clean-cut and respectably dressed—not the wild-haired, drug-using hippies they had feared—the newcomers nevertheless quickly began to remake the town. Stores selling exotic goods popped up, TM followers built odd-looking homes that modeled the guru’s rules for peace-inspiring architecture, and the new university knocked down a historic chapel, even as it erected massive golden-domed buildings for meditators. Some newcomers got elected—and others were defeated—when they ran for local and statewide offices. At times, thousands from across the globe visited the small town.

Yet Transcendental Meditation did not always achieve its aims of personal and social tranquility. Suicides and a murder unsettled the meditating community over the years, and some followers were fleeced by con men from their own ranks. Some battled a local farmer over land use and one another over doctrine. Notably, the world has not gotten more peaceful.

Today the guru is dead. His followers are graying, and few of their children are moving into leadership roles. The movement seems rudderless, its financial muscle withering, despite the efforts of high-profile supporters such as filmmaker David Lynch and media magnate Oprah Winfrey. Can TM reinvent itself? And what will be the future of Fairfield itself? By looking closely at the transformation of this small Iowa town, author Joseph Weber assesses the movement’s surprisingly potent effect on Western culture, sketches out its peculiar past, and explores its possible future.

AUTHOR BIOGRAPHY
A journalist for almost forty years, Joseph Weber is an associate professor at the University of Nebraska-Lincoln. He is the former chief of correspondents for BusinessWeek and served as bureau chief in Chicago, Toronto, and Philadelphia. He also worked at newspapers in Colorado and his native New Jersey. He holds an MSJ in journalism from the Columbia University Graduate School of Journalism and a BA in English literature from Rutgers College. He lives in Lincoln, Nebraska.
TABLE OF CONTENTS
Contents
Introduction: Who Cares about Fairfield, Anyway?
1. Classic Americana, with a Twist
2. Going for Baroque
3. Of God and Man
4. Unearthly Delights
5. Power of the Ballot
6. Higher Ed, Higher Realms
7. Death in Paradise
8. Enlightenment for All Ages
9. Just Business
10. The Disaffected
11. Maharishi Vedic City
12. Does TM Have a Tomorrow?
Acknowledgments
Notes
Selected Bibliography
Index
REQUEST ACCESSIBLE FILE