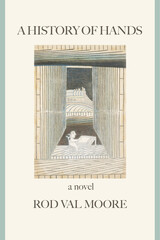 This powerful novel begins with the ambiguities of illness and moves on to explore both the reasonable and the absurd actions of those who suffer and those who exploit suffering. The setting is a failed farm on the Central California coast during a time of rural isolation and decline. Virge, the protagonist, is an awkwardly introspective young man living with his parents, suffering from lingering effects of an accidental childhood poisoning, including a lack of coordination and the possibility of mental weakness. Within the first few pages, Virge trips, falls, and finds that his hands have become paralyzed—a potential disaster for someone unable to afford a doctor's visit.

Soon, however, an elderly and possibly criminal doctor, offering free therapy, moves in, much to the dismay of bedridden Virge. While the physician endeavors to restore the patient's hands with a series of highly suspect injections, Virge recovers his sense of autonomy and an urge to escape the suffocating domestic circumstances that have perhaps caused his illnesses in the first place.

A History of Hands is a novel that invites the reader into a richly and eccentrically detailed world where fevered imaginations and dark comedy prevail, but where the determination to escape the ambiguities of illness leads to the equal ambiguities of health and freedom.
AUTHOR BIOGRAPHY
Rod Val Moore's story collection Igloo among Palms won the Iowa Short Fiction Award in 1994. His novel Brittle Star will be published in 2015. He has taught English in Puerto Rico and on the Mexico-California border and is currently a professor of literature and linguistics at Valley College in Los Angeles, where he lives with his wife, the artist Lisa Bloomfield.