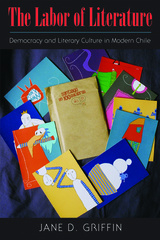 By producing literature in nontraditional forms—books made of cardboard trash, posters in subway stations, miniature shopping bags, digital publications, and even children's toys—Chileans have made and circulated literary objects in defiance of state censorship and independent of capitalist definitions of value. In The Labor of Literature Jane D. Griffin studies amateur and noncommercial forms of literary production in Chile that originated in response to authoritarian state politics and have gained momentum throughout the postdictatorship period. She argues that such forms advance a model of cultural democracy that differs from and sometimes contradicts the model endorsed by the state and the market.