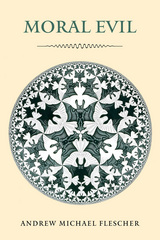 The idea of moral evil has always held a special place in philosophy and theology because the existence of evil has implications for the dignity of the human and the limits of human action. Andrew Michael Flescher proposes four interpretations of evil, drawing on philosophical and theological sources and using them to trace through history the moral traditions that are associated with them.

The first model, evil as the presence of badness, offers a traditional dualistic model represented by Manicheanism. The second, evil leading to goodness through suffering, presents a theological interpretation known as theodicy. Absence of badness—that is, evil as a social construction—is the third model. The fourth, evil as the absence of goodness, describes when evil exists in lieu of the good—the "privation" thesis staked out nearly two millennia ago by Christian theologian St. Augustine. Flescher extends this fourth model—evil as privation—into a fifth, which incorporates a virtue ethic. Drawing original connections between Augustine and Aristotle, Flescher’s fifth model emphasizes the formation of altruistic habits that can lead us to better moral choices throughout our lives.

Flescher eschews the temptation to think of human agents who commit evil as outside the norm of human experience. Instead, through the honing of moral skills and the practice of attending to the needs of others to a greater degree than we currently do, Flescher offers a plausible and hopeful approach to the reality of moral evil.