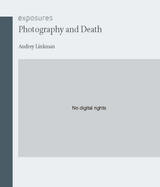 The idea of photographing the dead is as old as photography itself. For the most part, early death photographs were commissioned or taken by relatives of the deceased and preserved in the home as part of the family collection. Once thought inappropriate and macabre, today these photographs are considered to have a beneficial role in bereavement therapy.

Photography and Death reveals the beauty and significance of such images, formerly dismissed as disturbing or grotesque, and places them within the context of changing cultural attitudes towards death and loss. Excluding images of death through war, violence, or natural disasters, Audrey Linkman concentrates on photographs of natural deaths within the family. She identifies the range of death-related photographs that have been produced in both Europe and North America since the 1840s and charts changes in their treatment through the decades.

Photography and Death will interest photo, art, and social historians and practitioners in the field of bereavement therapy, as well as those who wish to better understand the images of long-lost ancestors who gaze back from the pages of family albums.

Audrey Linkman specializes in the social history of nineteenth-century British photography. She is the author of The Victorians: Photographic Portraits.