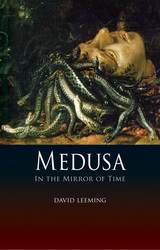 With her repulsive face and head full of living, venomous snakes, Medusa is petrifying—quite literally, since looking directly at her turned people to stone. Ever since Perseus cut off her head and presented it to Athena, she has been a woman of many forms: a dangerous female monster that had to be destroyed, an erotic power that could annihilate men, and, thanks to Freud, a woman whose hair was a nest of terrifying penises that signaled castration. She has been immortalized by artists from Leonardo da Vinci to Salvador Dalí and was the emblem of the Jacobins after the French Revolution. Today, she’s viewed by feminists as a noble victim of patriarchy and used by Versace in the designer’s logo for men’s underwear, haute couture, and exotic dinnerware. She even gives her name to a sushi roll on a Disney resort menu. Why does Medusa continue to have this power to transfix us?

David Leeming seeks to answer this question in Medusa, a biography of the mythical creature. Searching for the origins of Medusa’s myth in cultures that predate ancient Greece, Leeming explores how and why the mythical figure of the gorgon has become one of the most important and enduring ideas in human history. From an oil painting by Caravaggio to Clash of the Titans and Dungeons and Dragons, he delves into the many depictions of Medusa, ultimately revealing that her story is a cultural dream that continues to change and develop with each new era.

Asking what the evolution of the Medusa myth discloses about our culture and ourselves, this book paints an illuminating portrait of a woman who has never ceased to enthrall.
AUTHOR BIOGRAPHY
David Leeming is professor emeritus of English and comparative literature at the University of Connecticut. His books include Myth: A Biography of Belief and James Baldwin: A Biography. He lives in Brooklyn, New York.
REVIEWS
“David Leeming peels layers from the myth and views his subject from a number of perspectives. The result is a complexity that affords us a far richer foundation upon which we can build our understanding of both the myth and ourselves.”
— New York Journal of Books


Preface
1. The Myth
2. Medusa’s Lineage
3. Medusa in the Middle Ages and Renaissance
4. Medusa in the Romantic and Victorian Ages
5. Medusa in the Age of Realism
6. The Modern Intellectual Medusa
7. The Feminist Medusa
8. Medusa as a Contemporary Icon
9. Myth as Dream
Conclusion: Who is Medusa?
Bibliography
Acknowledgements
Index