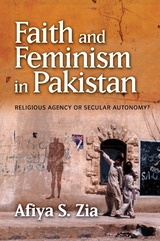 Are secular aims, politics, and sensibilities impossible, undesirable and impracticable for Muslims and Islamic states? Should Muslim women be exempted from feminist attempts at liberation from patriarchy and its various expressions under Islamic laws and customs? Considerable literature on the entanglements of Islam and secularism has been produced in the post-9/11 decade and a large proportion of it deals with the "Woman Question". Many commentators critique "the secular and "Western feminism," and the racialising backlash that accompanied the occupation of Muslim countries during the "War on Terror" military campaign launched by the U.S. government after the September 11 attacks in 2001. Implicit in many of these critical works is the suggestion that it is Western secular feminism that is the motivating driver and permanent collaborator along with other feminists, secularists and human rights activists in Muslim countries that sustains the West's actual and metaphorical "war on Islam and Muslims."Faith and Feminism;addresses this post-9/11 critical trope and its implications for women's movements in Muslim contexts. The relevance of secular feminist activism is illustrated with reference to some of the nation-wide, working-class women's movements that have surged throughout Pakistan under religious militancy: polio vaccinators, health workers, politicians, peasants and artists have been directly targeted, even assassinated, for their service and commitment to liberal ideals. Afiya Zia contends that Muslim women's piety is no threat against the dominant political patriarchy, but their secular autonomy promises transformative changes for the population at large, and thereby effectively challenges Muslim male dominance. This book is essential reading for those interested in understanding the limits of Muslim women's piety and the potential in their pursuit for secular autonomy and liberal freedoms.