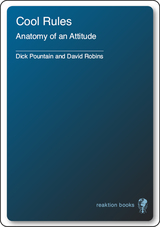 Cool Rules introduces the reader to a new cultural category. While the authors do not claim to have discovered Cool, they believe they are the first to attempt a serious, systematic analysis of Cool's history, psychology, and importance.

The contemporary Cool attitude is barely 50 years old, but its roots are older than that. Cool Rules traces Cool's ancient origins in European, Asian, and African cultures, its prominence in the African-American jazz scene of the 1940s, and its pivotal position within the radical subcultures of the 1950s and '60s. Pountain and Robins examine various art movements, music, cinema, and literature, moving from the dandies and flâneurs of the eighteenth and nineteenth centuries through to the expropriation of a whole cultural and psychological tradition by the media in the 1980s and '90s. What began as a rebellious posture adopted by minorities mutated to become mainstream itself. Cool is now primarily about consumption, as cynical advertisers have seized on it to create a constantly updated bricolage of styles and entertainments designed to affect the way people think about themselves and their society.
AUTHOR BIOGRAPHY
Dick Pountain is a non-executive director of Dennis Publishing and a former reviews editor on Ink and Oz magazines.

David Robins is the author of Tarnished Vision: Crime and Conflic in the Inner City (1992).
REVIEWS
‘packed with interesting stuff’ - The Sunday Times

‘the authors investigate with a fair measure of their own detachment, and the breadth of their study indicates that they really do know where it's at.' - Independent on Sunday


Introduction
1. What is Cool?
2. Out of Africa
3. A Whiter Shade of Cool
4. That's Cool Too...
5. Cool Cracks Up
6. The Look of Cool
7. Cool Relations
8. Cool Psyche
9. Cool Rules
References
Acknowledgements
Photographic Acknowledgements