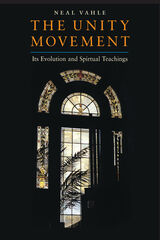 Prayer meetings held in 1889 in the Kansas City living room of Charles and Myrtle Fillmore were the beginning of what grew to be an international religious and educational movement. This book is an in-depth study of the people and beliefs that shaped it into one of the fastest growing movements of our time.

Neal Vahle documents the lives of the spiritual visionaries who created, organized, and led the Unity movement: Myrtle Fillmore, the 40-year-old wife and mother who was inspired by a Christian Science practitioner to cure herself of tuberculosis; Charles Fillmore, who had planned a business career but found, through study, prayer, meditation, and dream analysis, that he had another calling; H. Emily Cady, a New York City homeopathic physician whose book on Unity teachings, Lessons in Truth, was published in 1901, and has sold more than 1.6 million copies; Lowell Fillmore, eldest son of Charles and Myrtle, who clarified and popularized Unity teaching; and the other descendants of Myrtle and Charles, each of whom made immeasurable contributions.

He explores the key factors that led to the steady growth of the movement: the creation of the Unity School of Christianity; the development of Unity Village in Missouri; the evolution of "Silent Unity"; the publication program; the training of students; the development of centers and churches; and he presents and analyzes the controversies and debates within the organization. Vahle concludes the book with a look at the challenges facing the movement in the twenty-first century.

AUTHOR BIOGRAPHY
Neal Vahle has served as publishing director of Heldref Publications in Washington, DC, and as editor of several periodicals, including World Affairs, Current, New Realities, Re-Source, and Unity Magazine. He holds a PhD in American History from Georgetown University and has taught at The American University, The Catholic University of America, and George Mason University. He is also the author of Open at the Top: The Life of Ernest Holmes and Torchbearer to Light the Way: The Life of Myrtle Fillmore. He lives in Corte Madera, California.
REQUEST ACCESSIBLE FILE