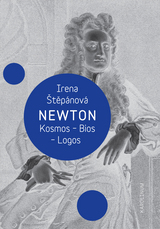 In 1936, following the sale of Newton’s unpublished manuscripts at auction, the scientific world was shocked: it turned out that Newton’s writings in physics and mathematics, often considered the foundations of modern science, were only a fragment of his writings, most of which were focused on theology and alchemy. In this study of Newton’s work and thought, Irena Štepánová argues for a Newton who was not the man of cold reason we know, but a “priest-scientist” with the life-long intention of carrying out an examination of God himself, as he revealed himself in both the world and in scriptural writings.
AUTHOR BIOGRAPHY
Irena Štepánová graduated simultaneously from the Czech Technical University as a civil engineer and from the Academy of Performing Arts in Prague as an organist. Recently, she received a doctoral degree in history and philosophy of science.
TABLE OF CONTENTS