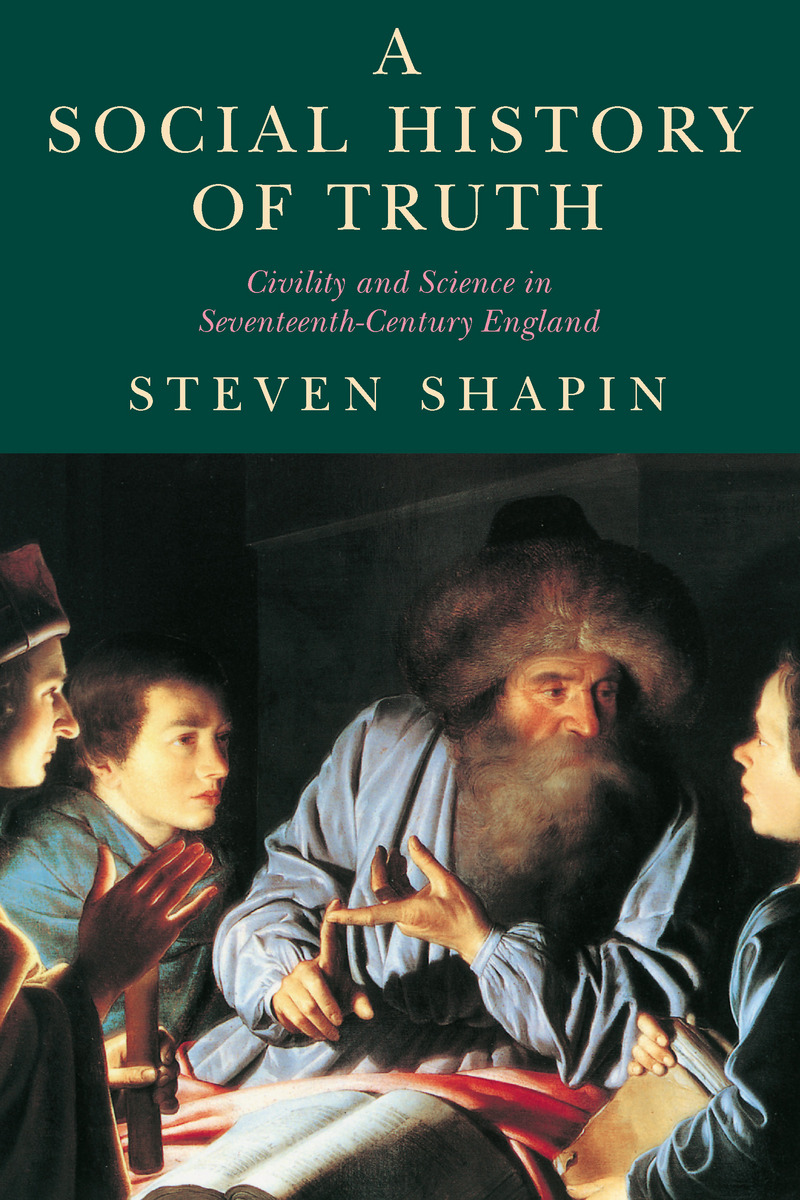 How do we come to trust our knowledge of the world? What are the means by which we distinguish true from false accounts? Why do we credit one observational statement over another?

In A Social History of Truth, Shapin engages these universal questions through an elegant recreation of a crucial period in the history of early modern science: the social world of gentlemen-philosophers in seventeenth-century England. Steven Shapin paints a vivid picture of the relations between gentlemanly culture and scientific practice. He argues that problems of credibility in science were practically solved through the codes and conventions of genteel conduct: trust, civility, honor, and integrity. These codes formed, and arguably still form, an important basis for securing reliable knowledge about the natural world.

Shapin uses detailed historical narrative to argue about the establishment of factual knowledge both in science and in everyday practice. Accounts of the mores and manners of gentlemen-philosophers are used to illustrate Shapin's broad claim that trust is imperative for constituting every kind of knowledge. Knowledge-making is always a collective enterprise: people have to know whom to trust in order to know something about the natural world.

Notes on Genres, Disciplines, and Conventions

Chapter One. The Great Civility: Trust, Truth, and Moral Order

Chapter Two. "Who Was Then a Gentleman?" Integrity and Gentle Identity in Early Modern England

Chapter Three. A Social History of Truth-Telling: Knowledge, Social Practice, and the Credibility of Gentlemen

Chapter Four. Who Was Robert Boyle? The Creation and Presentation of an Experimental Identity

Epilogue: The Way We Live Now