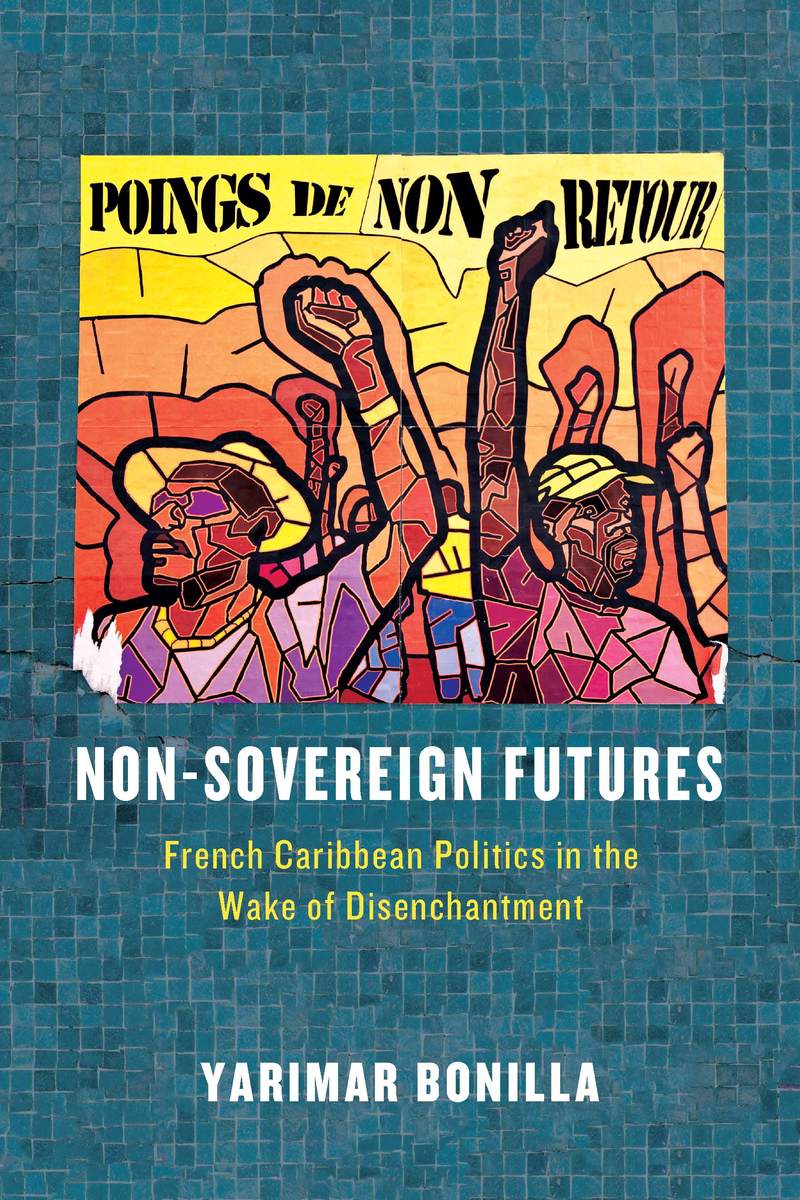 As an overseas department of France, Guadeloupe is one of a handful of non-independent societies in the Caribbean that seem like political exceptions—or even paradoxes—in our current postcolonial era. In Non-Sovereign Futures, Yarimar Bonilla wrestles with the conceptual arsenal of political modernity—challenging contemporary notions of freedom, sovereignty, nationalism, and revolution—in order to recast Guadeloupe not as a problematically non-sovereign site but as a place that can unsettle how we think of sovereignty itself.

Through a deep ethnography of Guadeloupean labor activism, Bonilla examines how Caribbean political actors navigate the conflicting norms and desires produced by the modernist project of postcolonial sovereignty. Exploring the political and historical imaginaries of activist communities, she examines their attempts to forge new visions for the future by reconfiguring narratives of the past, especially the histories of colonialism and slavery. Drawing from nearly a decade of ethnographic research, she shows that political participation—even in failed movements—has social impacts beyond simple material or economic gains. Ultimately, she uses the cases of Guadeloupe and the Caribbean at large to offer a more sophisticated conception of the possibilities of sovereignty in the postcolonial era.

Yarimar Bonilla is associate professor of anthropology and Caribbean studies at Rutgers University.

“Non-Sovereign Futures wonderfully fulfills the vision articulated by Trouillot of what a Caribbeanist anthropology can accomplish. What we get here is at once a rich and powerful documentation of a particular political movement and, through that documentation, a set of approaches to thinking about broad and global questions about politics, ideology, and practice.”
— Laurent Dubois, author of Haiti

“Non-Sovereign Futures: French Caribbean Politics in the Wake of Disenchantment marks a significant intervention into debates about Caribbean pasts in the present. Focusing its historical and ethnographic lens on the 2009 labor upheaval in Guadeloupe, the book explores with methodological verve and seminal insight the paradoxical tension between the desire to resist continued dependence on France, and the difficulty of articulating a vocabulary that might embody the collective demand for an alternative mode of political self-determination. In short, the book aims to put into question whether sovereignty can continue to be imagined as the single normative good and ultimate value of modern political life.”
— David Scott, author of Omens of Adversity

“Non-Sovereign Futures brilliantly asks us to reexamine what political sovereignty looks like by chronicling labor activists’ visions of political and economic change in Guadeloupe. Here, history and memory make material the affective dimensions of belonging and struggle, and everyday performative practices and social experiences offer alternative modes of community formation and sociality to what has otherwise been an extremely high (foreign) consumerist orientation and a somewhat fragmented political base. For scholars and advocates now searching for the next political horizon for the Caribbean and beyond, Non-Sovereign Futures is provocative, illuminating, and necessary!”
— Deborah A. Thomas, author of Exceptional Violence

One: The Wake of Disenchantment

Three: Life on the Piquet

Five: The Route of History

Coda: Transcripts of the Future?