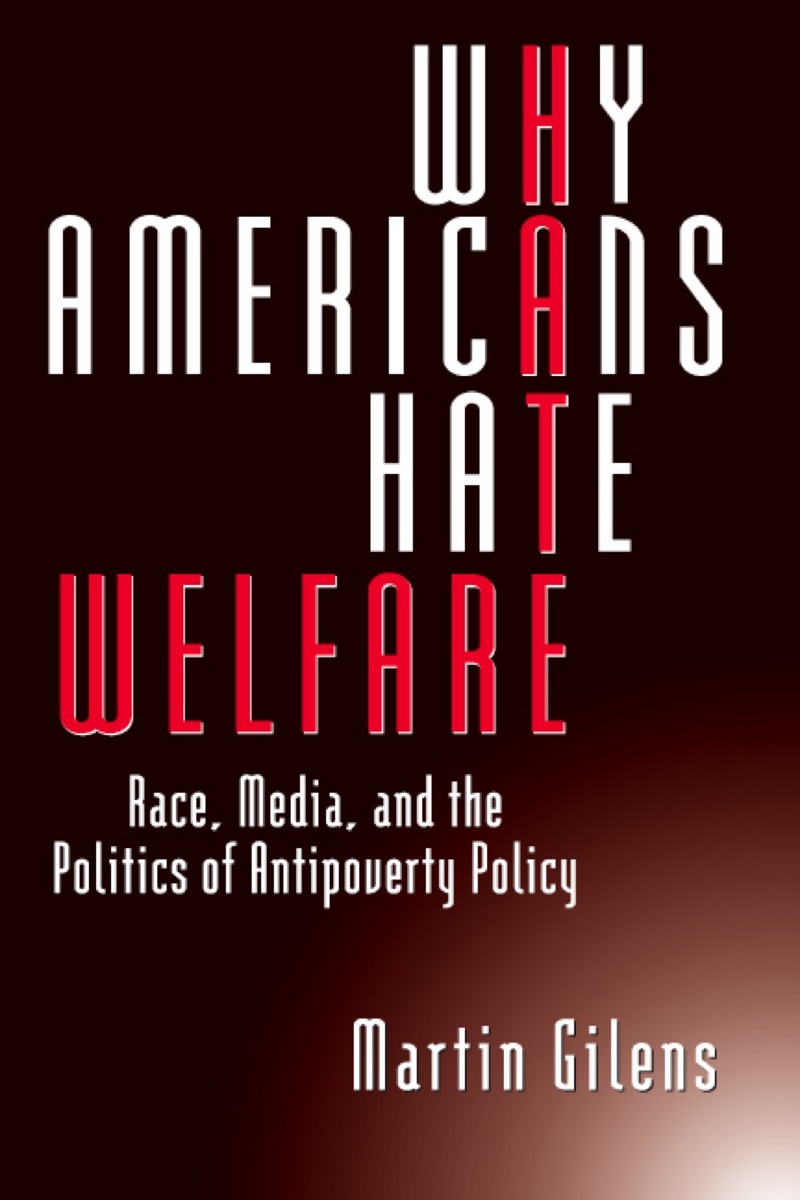 Tackling one of the most volatile issues in contemporary politics, Martin Gilens's work punctures myths and misconceptions about welfare policy, public opinion, and the role of the media in both. Why Americans Hate Welfare shows that the public's views on welfare are a complex mixture of cynicism and compassion; misinformed and racially charged, they nevertheless reflect both a distrust of welfare recipients and a desire to do more to help the "deserving" poor.

"With one out of five children currently living in poverty and more than 100,000 families with children now homeless, Gilens's book is must reading if you want to understand how the mainstream media have helped justify, and even produce, this state of affairs." —Susan Douglas, The Progressive
"Gilens's well-written and logically developed argument deserves to be taken seriously." —Choice

"A provocative analysis of American attitudes towards 'welfare.'. . . [Gilens] shows how racial stereotypes, not white self-interest or anti-statism, lie at the root of opposition to welfare programs." -Library Journal

Martin Gilens is an associate professor of political science and a fellow at the Institution for Social and Policy Studies at Yale University.

2 Individualism, Self-Interest, and Opposition to Welfare

3 Racial Attitudes, the Undeserving Poor, and Opposition to Welfare

5 The News Media and the Racialization of Poverty

8 Beyond the Attitude Survey: Public Opinion and Antipoverty Policy

9 The Politics of the American Welfare State