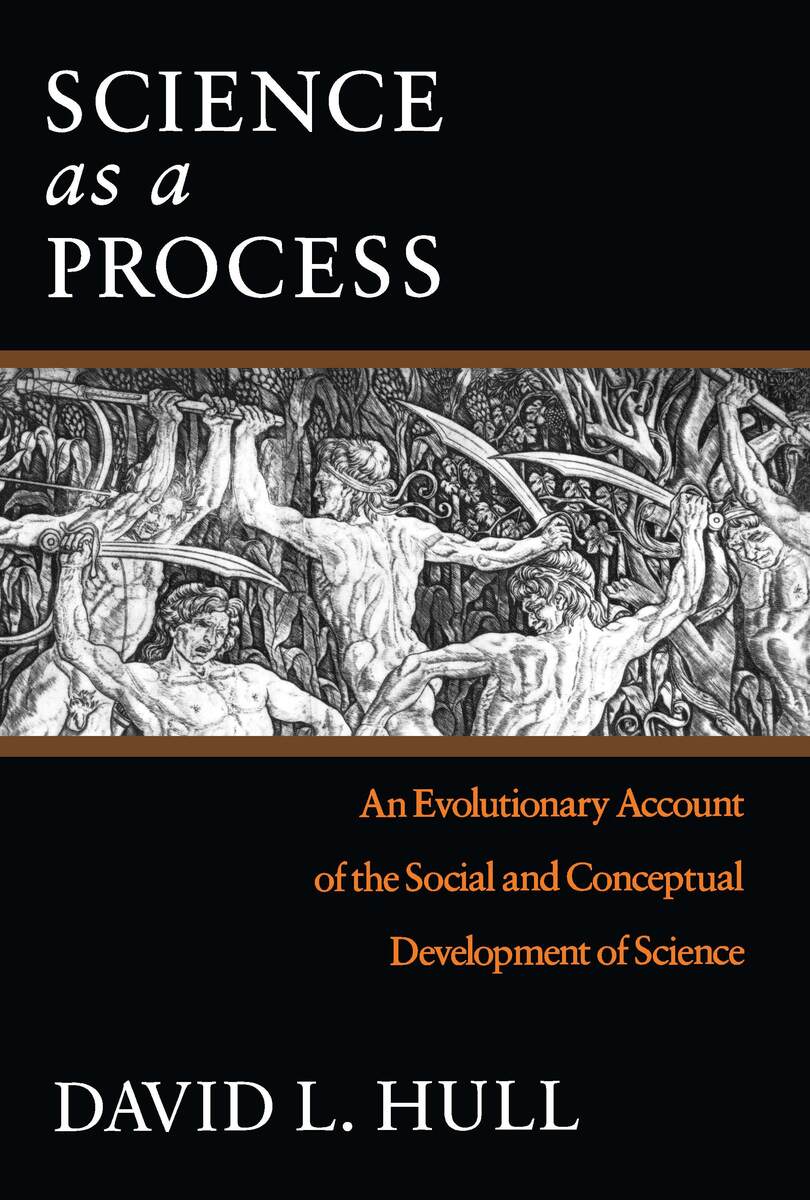 "Legend is overdue for replacement, and an adequate replacement must attend to the process of science as carefully as Hull has done. I share his vision of a serious account of the social and intellectual dynamics of science that will avoid both the rosy blur of Legend and the facile charms of relativism. . . . Because of [Hull's] deep concern with the ways in which research is actually done, Science as a Process begins an important project in the study of science. It is one of a distinguished series of books, which Hull himself edits."—Philip Kitcher, Nature

"In Science as a Process, [David Hull] argues that the tension between cooperation and competition is exactly what makes science so successful. . . . Hull takes an unusual approach to his subject. He applies the rules of evolution in nature to the evolution of science, arguing that the same kinds of forces responsible for shaping the rise and demise of species also act on the development of scientific ideas."—Natalie Angier, New York Times Book Review

"By far the most professional and thorough case in favour of an evolutionary philosophy of science ever to have been made. It contains excellent short histories of evolutionary biology and of systematics (the science of classifying living things); an important and original account of modern systematic controversy; a counter-attack against the philosophical critics of evolutionary philosophy; social-psychological evidence, collected by Hull himself, to show that science does have the character demanded by his philosophy; and a philosophical analysis of evolution which is general enough to apply to both biological and historical change."—Mark Ridley, Times Literary Supplement

"Hull is primarily interested in how social interactions within the scientific community can help or hinder the process by which new theories and techniques get accepted. . . . The claim that science is a process for selecting out the best new ideas is not a new one, but Hull tells us exactly how scientists go about it, and he is prepared to accept that at least to some extent, the social activities of the scientists promoting a new idea can affect its chances of being accepted."—Peter J. Bowler, Archives of Natural History

"I have been doing philosophy of science now for twenty-five years, and whilst I would never have claimed that I knew everything, I felt that I had a really good handle on the nature of science, Again and again, Hull was able to show me just how incomplete my understanding was. . . . Moreover, [Science as a Process] is one of the most compulsively readable books that I have ever encountered."—Michael Ruse, Biology and Philosophy

4. A Clash of Doctrines

6. Down with Darwinism—Long Live Darwinism

8. The Need for a Mechanism

9. Secrecy and Bias in Science

11. A General Analysis of Selection Processes

12. Science as a Selection Process