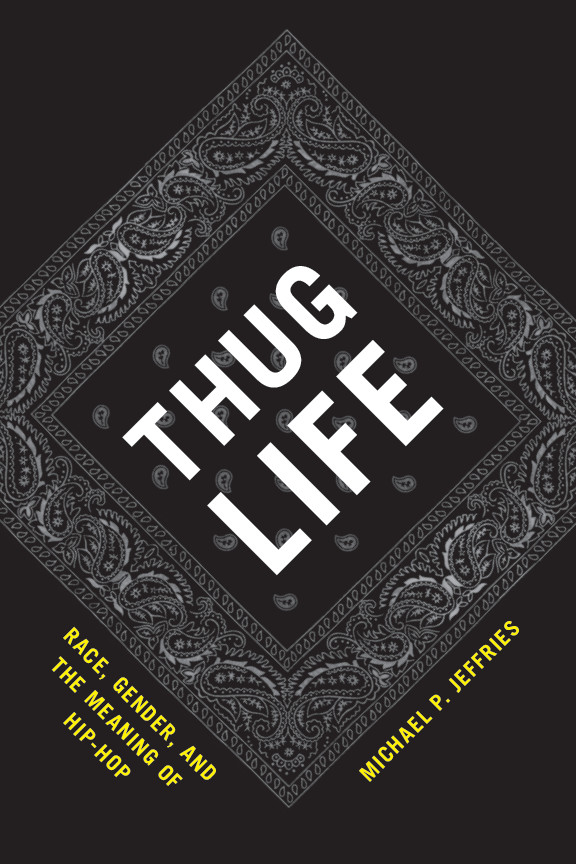 Hip-hop has come a long way from its origins in the Bronx in the 1970s, when rapping and DJing were just part of a lively, decidedly local scene that also venerated b-boying and graffiti. Now hip-hop is a global phenomenon and, in the United States, a massively successful corporate enterprise predominantly controlled and consumed by whites while the most prominent performers are black. How does this shift in racial dynamics affect our understanding of contemporary hip-hop, especially when the music perpetuates stereotypes of black men? Do black listeners interpret hip-hop differently from white fans?

These questions have dogged hip-hop for decades, but unlike most pundits, Michael P. Jeffries finds answers by interviewing everyday people. Instead of turning to performers or media critics, Thug Life focuses on the music’s fans—young men, both black and white—and the resulting account avoids romanticism, offering an unbiased examination of how hip-hop works in people’s daily lives. As Jeffries weaves the fans’ voices together with his own sophisticated analysis, we are able to understand hip-hop as a tool listeners use to make sense of themselves and society as well as a rich, self-contained world containing politics and pleasure, virtue and vice.

“Michael Jeffries has written an important book. Beautifully written and replete with original insights, Thug Life brilliantly integrates interesting interviews of black and white hip-hop listeners with a careful textual analysis of hip-hop narratives. Readers are rewarded with a sophisticated, definitive analysis that not only captures the similarities and differences of black and white hip-hop followers, but also severely challenges conventional wisdom about this important worldwide social movement. With its impressive interdisciplinary scope, this book is a must-read for scholars and students interested in literary and cultural criticism as well as the sociology of race, class, and gender.”--William Julius Wilson, Harvard University— William Julius Wilson


“This is a finely developed and sophisticated analysis of the complex terrain of hip-hop. Rather than celebrate its obvious achievements or denigrate its equally evident blemishes, Jeffries chooses instead to probe the vibrant world that hip-hop continues to create with honesty and integrity. His discussion of masculinity in hip-hop is subtle and smart as he moves adroitly across the everyday fields in which expressions of black manhood matter most as well as the commercialized spaces that are integrally involved in the production and performance of black male identities.”--S. Craig Watkins, University of Texas at Austin— S. Craig Watkins


“Jeffries’ contributions in Thug Life are multiple; he adds depth to our understanding of how hip-hop is understood and valued among its racially diverse audiences, and he provides a truly inspired analysis of masculinity and thug identities by embracing the too often ignored components of compassion, vulnerability, and love. This is a necessary and important intervention in hip-hop studies.”--Murray Forman, Northeastern University— Murray Forman

Introduction: State of the Hip-Hop Union

One/ The Meaning of Hip-Hop

Two/ From a Cool Complex to Complex Cool

The Bridge/ Summary of Chapters Two and Three