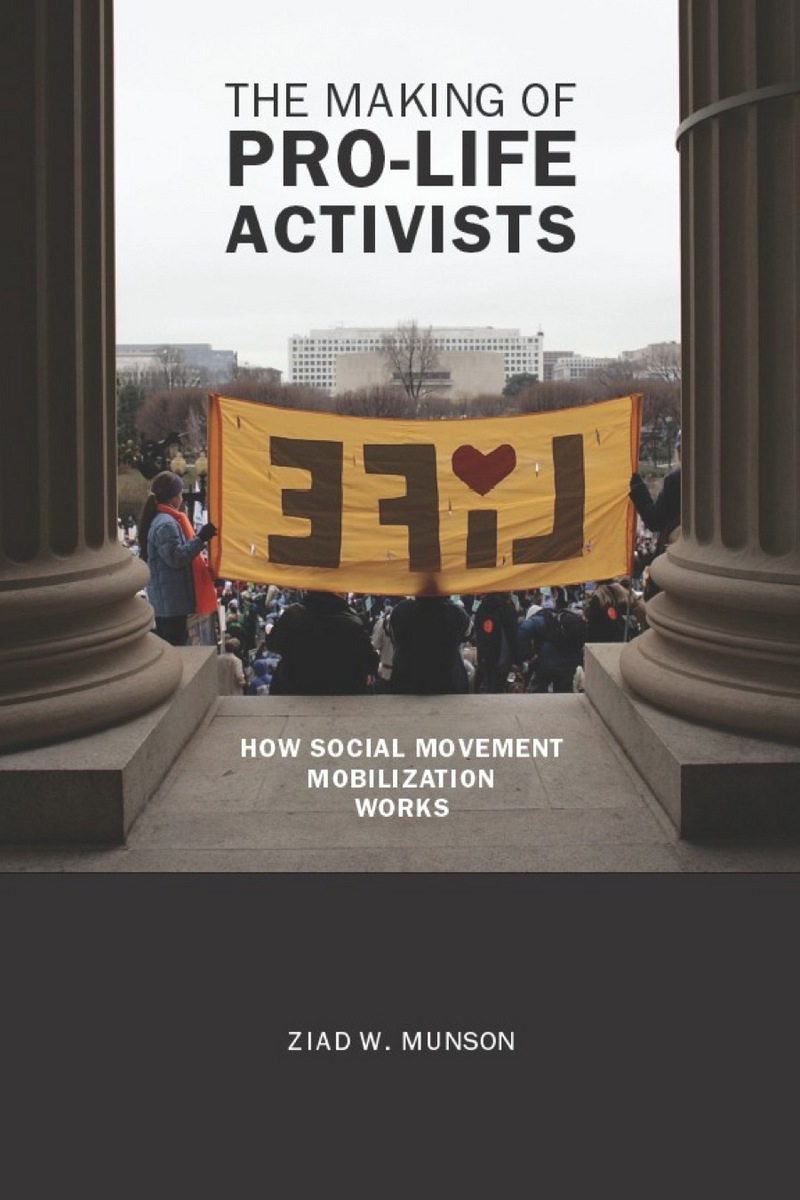 How do people become activists for causes they care deeply about? Many people with similar backgrounds, for instance, fervently believe that abortion should be illegal, but only some of them join the pro-life movement. By delving into the lives and beliefs of activists and nonactivists alike, Ziad W. Munson is able to lucidly examine the differences between them.
Through extensive interviews and detailed studies of pro-life organizations across the nation, Munson makes the startling discovery that many activists join up before they develop strong beliefs about abortion—in fact, some are even pro-choice prior to their mobilization. Therefore, Munson concludes, commitment to an issue is often a consequence rather than a cause of activism.
The Making of Pro-life Activists provides a compelling new model of how people become activists while also offering a penetrating analysis of the complex relationship between religion, politics, and the pro-life movement. Policy makers, activists on both sides of the issue, and anyone seeking to understand how social movements take shape will find this book essential.

“Why do people become activists in a political cause? Ziad Munson’s brilliant study of the making of pro-life activists shakes up conventional answers to this question. Social contacts and networks are more important than preconceived attitudes, Munson shows. Activism is as much about building community as about mobilizing individuals. This study deserves careful attention beyond as well as within academia. It offers stimulating lessons for citizens and civic leaders across the political spectrum.”

“Munson’s focus on variations across pro-life activists—rather than between pro-life and pro-choice activists—adds exceptionally valuable nuance to our understanding of the movement. Along with this comparative emphasis, his clear and theoretically subversive argument makes this an original and significant book.”—Elisabeth Clemens, University of Chicago

“Do ultra-conservative religious beliefs propel people into the pro-life movement? Ziad Munson’s fascinating study shows us all the ways that question gets it wrong. In doing so, he not only helps us understand this enduring social movement, he also asks us to rethink our theories about belief and action, politics and religion. This book gives us important new ideas to think with.”

"What a fine book Ziad Munson has written. The Making of Pro-life Activists is not only one of the most serious and balanced books on the right-to-life movement, it also illuminates the dynamics of social-movement mobilization well beyond the abortion controversy."
— Books & Culture

4 The Birth of a Movement

5 Together but Not One: The Pro-life Movement Structure

6 “United We Stand”? Tension in the Pro-life Moral Universe

7 “My Life Is My Argument”: Religion and the Movement