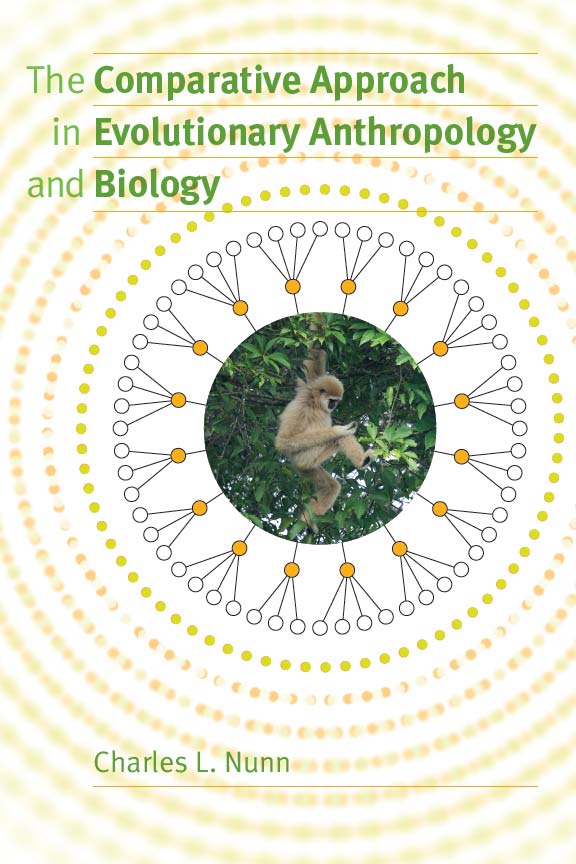 Comparison is fundamental to evolutionary anthropology. When scientists study chimpanzee cognition, for example, they compare chimp performance on cognitive tasks to the performance of human children on the same tasks. And when new fossils are found, such as those of the tiny humans of Flores, scientists compare these remains to other fossils and contemporary humans. Comparison provides a way to draw general inferences about the evolution of traits and therefore has long been the cornerstone of efforts to understand biological and cultural diversity. Individual studies of fossilized remains, living species, or human populations are the essential units of analysis in a comparative study; bringing these elements into a broader comparative framework allows the puzzle pieces to fall into place, creating a means of testing adaptive hypotheses and generating new ones.
With this book, Charles L. Nunn intends to ensure that evolutionary anthropologists and organismal biologists have the tools to realize the potential of comparative research. Nunn provides a wide-ranging investigation of the comparative foundations of evolutionary anthropology in past and present research, including studies of animal behavior, biodiversity, linguistic evolution, allometry, and cross-cultural variation. He also points the way to the future, exploring the new phylogeny-based comparative approaches and offering a how-to manual for scientists who wish to incorporate these new methods into their research.

Charles L. Nunn is associate professor in the Department of Human Evolutionary Biology at Harvard University. He is coeditor of Evolution of Sleep: Phylogenetic and Functional Perspectives and coauthor of Infectious Diseases in Primates: Behavior, Ecology and Evolution.

“A clear, concise, readable how-to of the diversity of quantitative methods available now for comparative analyses, along with an account of the variety of fields in evolutionary biology to which comparative analysis is applicable, and of the fascinating findings that can result from proper application of the methods. The examples are mostly from evolutionary anthropology, but anyone doing quantitative comparative analyses will benefit from the book. Socio-cultural anthropologists, biologists of all stripes, historians, epidemiologists, political scientists, and statisticians should all read it and act on it. A vital contribution.”
— Alexander H. Harcourt, University of California, Davis

“A very impressive volume. I found myself again and again wanting to revisit many old questions and explore just as many new ones—truly delicious food for thought.”
— William L. Jungers, Stony Brook University

“Overall an excellent book, well written, and extremely stimulating. Highly recommended for graduate students and more advanced researchers looking for an inroad to understanding the methods, or for new ways to address questions in their field.”

1. The Importance of Comparison

11. Behavior, Ecology, and Conservation of Biological and CulturalDiversity