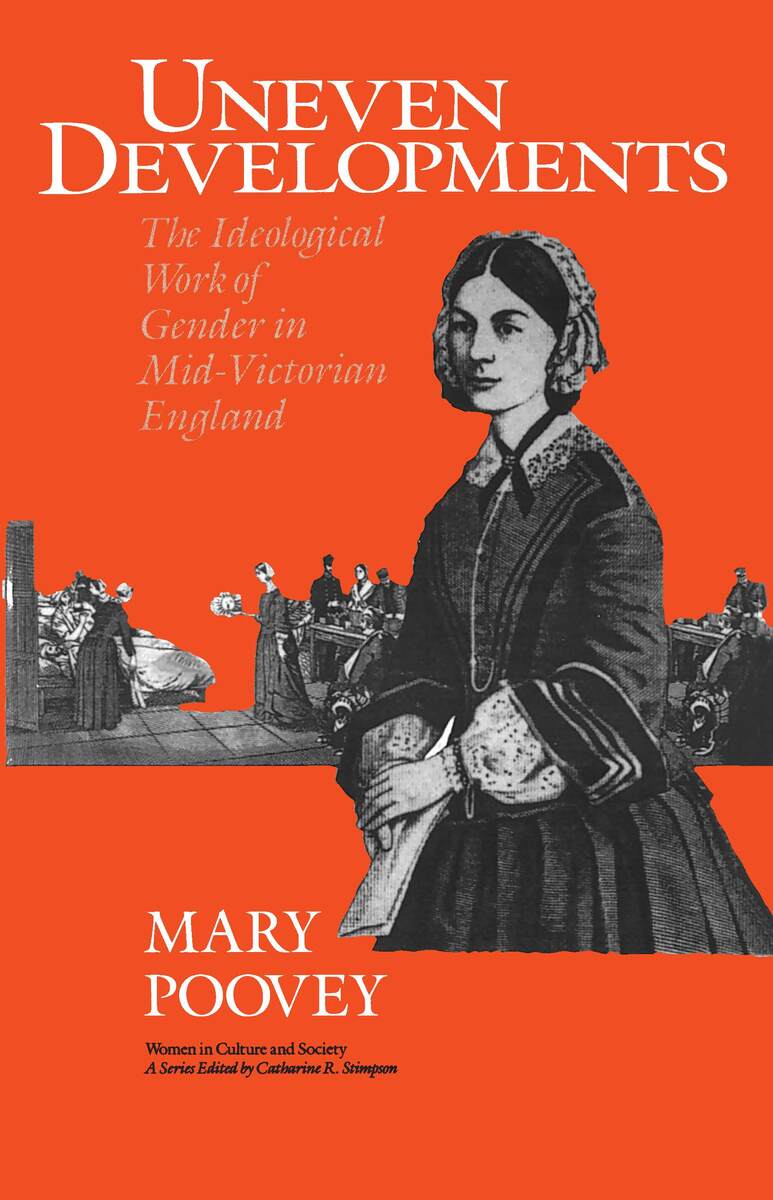 Mary Poovey's The Proper Lady and the Woman Writer has become a standard text in feminist literary discourse. In Uneven Developments Poovey turns to broader historical concerns in an analysis of how notions of gender shape ideology.

Asserting that the organization of sexual difference is a social, not natural, phenomenon, Poovey shows how representations of gender took the form of a binary opposition in mid-Victorian culture. She then reveals the role of this opposition in various discourses and institutions—medical, legal, moral, and literary. The resulting oppositions, partly because they depended on the subordination of one term to another, were always unstable. Poovey contends that this instability helps explain why various institutional versions of binary logic developed unevenly. This unevenness, in turn, helped to account for the emergence in the 1850s of a genuine oppositional voice: the voice of an organized, politicized feminist movement.

Drawing on a wide range of sources—parliamentary debates, novels, medical lectures, feminist analyses of work, middle-class periodicals on demesticity—Poovey examines various controversies that provide glimpses of the ways in which representations of gender were simultaneously constructed, deployed, and contested. These include debates about the use of chloroform in childbirth, the first divorce law, the professional status of writers, the plight of governesses, and the nature of the nursing corps. Uneven Developments is a contribution to the feminist analysis of culture and ideology that challenges the isolation of literary texts from other kinds of writing and the isolation of women's issues from economic and political histories.

Mary Poovey, professor of English at The Johns Hopkins University, is the author of The Proper Lady and the Woman Writer: Ideology as Style in the Works of Mary Wollstonecraft, Mary Shelley, and Jane Austen, also published by the University of Chicago Press.

1 The Ideological Work of Gender

2 Scenes of Indelicate Character: The Medical Treatment of Victorian Women

3 Covered but Not Bound: Caroline Norton and the 1857 Matrimonial Causes Act

4 The Man-of-Letteres Hero: David Copperfield and the Professional Writer

5 The Anathematized Race: The Governess and Jane Eyre

6 A Housewifely Woman: The Social Construction of Florence Nightingale