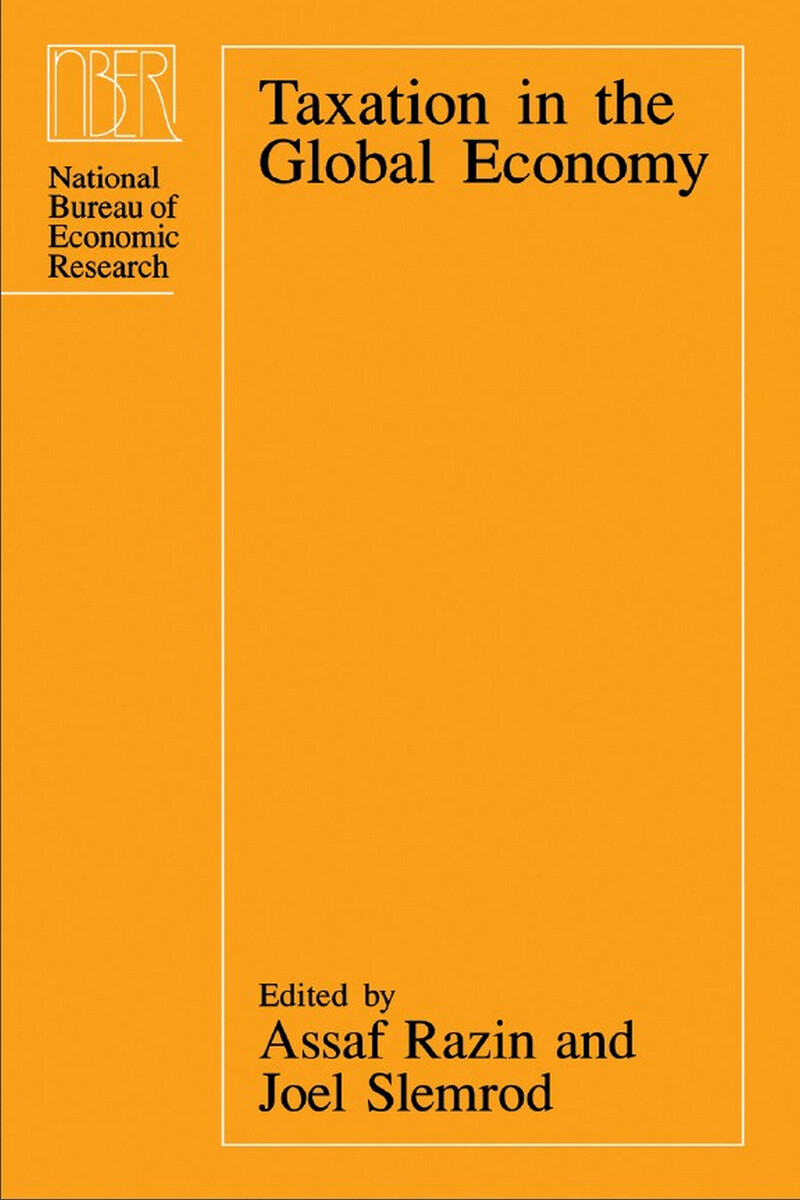 The increasing globalization of economic activity is bringing an awareness of the international consequences of tax policy. The move toward the common European market in 1992 raises the important question of how inefficiencies in the various tax systems—such as self-defeating tax competition among member nations—will be addressed. As barriers to trade and investment tumble, cross-national differences in tax structures may loom larger and create incentives for relocations of capital and labor; and efficient and equitable income tax systems are becoming more difficult to administer and enforce, particularly because of the growing importance of multinational enterprises. What will be the role of tax policy in this more integrated world economy?

Assaf Razin and Joel Slemrod gathered experts from two traditionally distinct specialties, taxation and international economics, to lay the groundwork for understanding these issues, which will require the attention of scholars and policymakers for years to come.

Contributors describe the basic provisions of the U.S. tax code with respect to international transactions, highlighting the changes contained in the U.S. Tax Reform Act of 1986; explore the ways that tax systems influence the decisions of multinationals; examine the effect of taxation on trade patterns and capital flows; and discuss the implications of the opening world economy for the design of optimal international tax policy. The papers will prove valuable not only to scholars and students, but to government economists and international tax lawyers as well.

I. An Overview of the U.S. System of Taxing International Transactions

1. Taxing International Income: An Analysis of the U.S. System and Its Economic Premises

3. Tax Effects on Foreign Direct Investment in the United States: Evidence from a Cross-Country Comparison

III. The Effect of Taxation on Trade and Capital Flows

8. Tax Incentives and International Capital Flows: The Case of the United States and Japan

9. Integration of International Capital Markets: The Size of Government and Tax Coordination

10. The Linkage between Domestic Taxes and Border Taxes

11. The Optimal Taxation of Internationally Mobile Capital in an Efficiency Wage Model