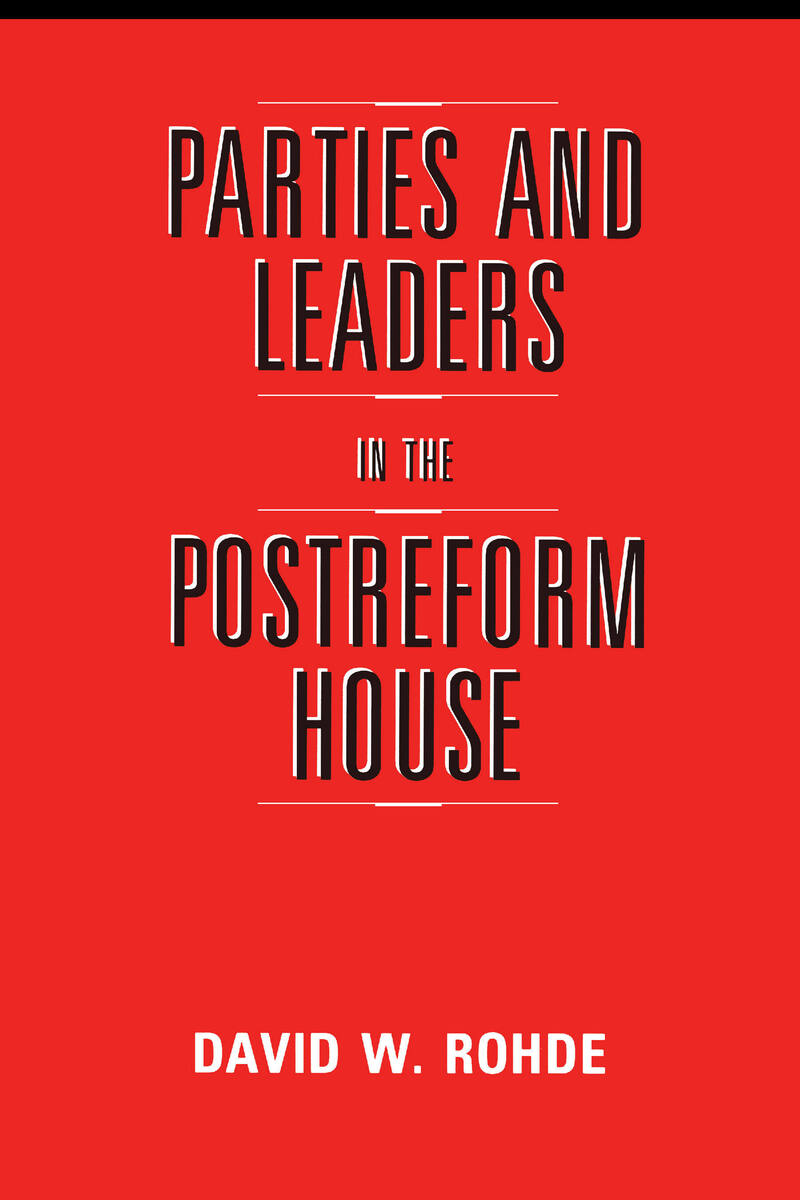 Since the Second World War, congressional parties have been characterized as declining in strength and influence. Research has generally attributed this decline to policy conflicts within parties, to growing electoral independence of members, and to the impact of the congressional reforms of the 1970s. Yet the 1980s witnessed a strong resurgence of parties and party leadership—especially in the House of Representatives.

Offering a concise and compelling explanation of the causes of this resurgence, David W. Rohde argues that a realignment of electoral forces led to a reduction of sectional divisions within the parties—particularly between the northern and southern Democrats—and to increased divergence between the parties on many important issues. He challenges previous findings by asserting that congressional reform contributed to, rather than restrained, the increase of partisanship. Among the Democrats, reforms siphoned power away from conservative and autocratic committee chairs and put control of those committees in the hands of Democratic committee caucuses, strengthening party leaders and making both party and committee leaders responsible to rank-and-file Democrats. Electoral changes increased the homogeneity of House Democrats while institutional reforms reduced the influence of dissident members on a consensus in the majority party. Rohde's accessible analysis provides a detailed discussion of the goals of the congressional reformers, the increased consensus among Democrats and its reinforcement by their caucus, the Democratic leadership's use of expanded powers to shape the legislative agenda, and the responses of House Republicans. He also addresses the changes in the relationship between the House majority and the president during the Carter and Reagan administrations and analyzes the legislative consequences of the partisan resurgence.

A readable, systematic synthesis of the many complex factors that fueled the recent resurgence of partisanship, Parties and Leaders in the Postreform House is ideal for course use.

David Rohde, professor of political science at Michigan State University, is past editor of American Journal of Political Science, and has coauthored the Congressional Quarterly Press's series of analyses of the presidential and congressional elections.

1 Parties in the House of Representatives

2 Reform and Its Consequences: A Closer Look