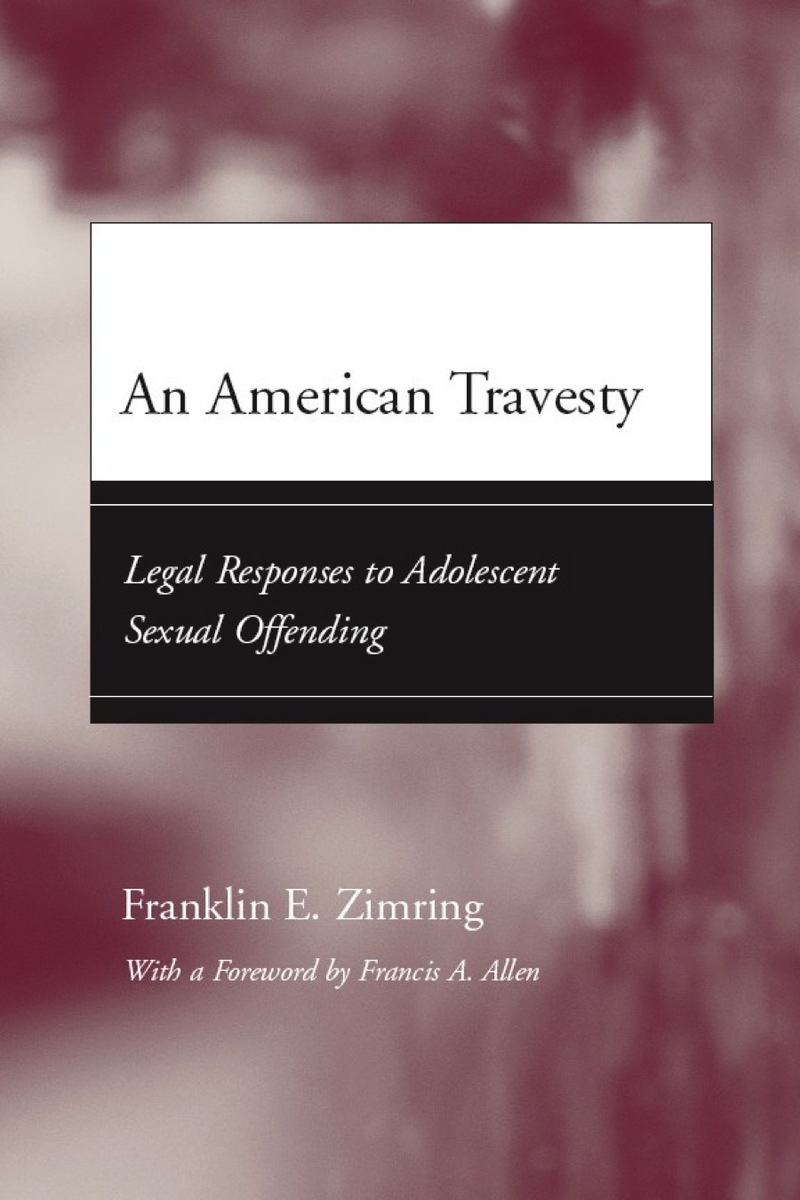 An American Travesty is the first scholarly book in half a century to analyze the justice system’s response to sexual misconduct by children and adolescents in the United States. Writing with a refreshing dose of common sense, Franklin E. Zimring discusses our society's failure to consider the developmental status of adolescent sex offenders. Too often, he argues, the American legal system ignores age and developmental status when adjudicating young sexual offenders, in many cases responding as they would to an adult.

“An opinionated, articulate, and forceful critique of current politics and practices. . . . I would recommend this book for anyone interested in rethinking the fundamental questions of how our courts and systems should respond to these cases.”—Law and Politics Book Review

“One of the most important new books in the field of juvenile justice. . . . Zimring offers a thoughtful, research-based analysis of what went wrong with legal policy development.”—Barry Krisberg, President, National Council on Crime and Delinquency

Franklin E. Zimring is the William G. Simon Professor of Law at the Boalt Hall School of Law at University of California, Berkeley. He is the author of numerous books, including most recently, The Great American Crime Decline, and the coeditor of A Century of Juvenile Justice, the latter published by the University of Chicago Press.

Part I The Juvenile Sex Offender

4 The Emergence of Juvenile Sex-Offender Treatment

5 The Sex Offender in Juvenile Court

Appendix A: Statutory Provisions Concerning Indecent Sexual Contact with Minors (in Fifty U.S. States and the District of Columbia)

Appendix B: Topics in Sex-Offender Treatment