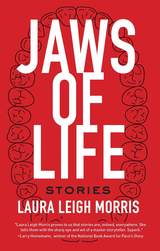 In the hills of north central West Virginia, there lives a cast of characters who face all manner of problems. From the people who are incarcerated in West Virginia’s prisons, to a woman who is learning how to lose her sight with grace, to another who sorely regrets selling her land to a fracking company, Jaws of Life portrays the diverse concerns the people of this region face every day—poverty, mental illness, drug abuse, the loss of coal mines, and the rise of new extractive industries that exert their own toll.

While these larger concerns exist on the edges of their realities, these characters must still deal with quotidian difficulties: how to coexist with ex-spouses, how to care for sick family members, and how to live with friends who always seem to have more.

What’s wrong with the contemporary American medical system? What does it mean when a state’s democratic presidential primary casts 40% of its votes for a felon incarcerated in another state? What’s so bad about teaching by PowerPoint? What is truly the dirtiest word in America?

These are just a few of the engaging and controversial issues that Michael Blumenthal, poet, novelist, essayist, and law professor, tackles in this collection of poignant essays commissioned by West Virginia Public Radio.

In these brief essays, Blumenthal provides unconventional insights into our contemporary political, educational, and social systems, challenging us to look beyond the headlines to the psychological and sociological realities that underlie our conventional thinking.

As a widely published poet and novelist, Blumenthal brings along a lawyer’s analytical ability with his literary sensibility, effortlessly facilitating a distinction between the clichés of today’s pallid political discourse and the deeper realities that lie beneath. This collection will captivate and provoke those with an interest in literature, politics, law, and the unwritten rules of our social and political engagements.