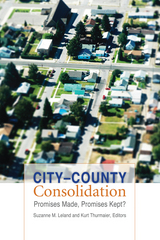 Although a frequently discussed reform, campaigns to merge a major municipality and county to form a unified government fail to win voter approval eighty per cent of the time. One cause for the low success rate may be that little systematic analysis of consolidated governments has been done.

In City–County Consolidation, Suzanne Leland and Kurt Thurmaier compare nine city–county consolidations—incorporating data from 10 years before and after each consolidation—to similar cities and counties that did not consolidate. Their groundbreaking study offers valuable insight into whether consolidation meets those promises made to voters to increase the efficiency and effectiveness of these governments.

The book will appeal to those with an interest in urban affairs, economic development, local government management, general public administration, and scholars of policy, political science, sociology, and geography. 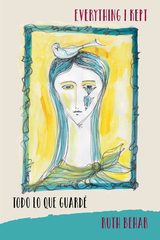 Everything I Kept
Todo Lo Que Guardé
Ruth Behar
Swan Isle Press, 2018
Moving between the speech and silence of a woman struggling to speak freely, Ruth Behar embarks on a poetic voyage into her own vulnerability and the sacrifices of her exiled ancestors as she tries to understand love, loss, regret, and the things we keep and carry with us. Behar’s vivid renderings of wilted gardens, crashing waves, and firefly-lit nights recall the imagery of her inspiration, Dulce María Loynaz, who is often known as the Cuban Emily Dickinson. Presented in a beautiful bilingual English-Spanish edition—Behar serves as her own translator—Everything I Kept/Todo lo que guardé will haunt readers with the cries and whispers which illuminate the human spirit and the spectrum of emotions that make for a life and lives well-remembered.
[more]