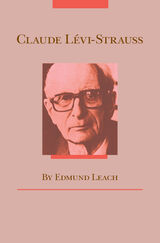 Claude Levi-Strauss
Edmund Leach
University of Chicago Press, 1989
In this lucide guide to the often abstruse works of Claude Lévi-Strauss, Edmund Leach synthesizes the thought of one of the twentieth century's greatest anthropologists and provides a thoughtful introduction to the theory and practice of structuralism. Leach organizes his work not by chronology but by theme, exploring three important topics in Lévi-Strauss's work: human beings and their symbols, the structure of myth, and kinship theory. Written concisely and with great care and penetration, this brief book is both a fine introduction for the uninitiated reader of Lévi-Strauss and a critical analysis that will prove valuable to those more familiar with the anthropologist's work.
[more] 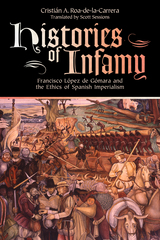 Histories of Infamy
Francisco López de Gómara and the Ethics of Spanish Imperialism
Cristián A. Roa-de-la-Carrera
University Press of Colorado, 2005
"Roa-de-la-Carrera convincingly shows that Gómara, as well as other historians in the period, cannot easily ignore nor erase the contradictions of the Spanish colonial project."
- Luis Fernando Restrepo, University of Arkansas

“In an eloquent and thorough exegesis, Roa-de-la-Carrera reveals how and why López de Gómara, having written the best of all possible books in exultation of Spanish imperialism, nevertheless failed to convince the readers of his time."
- Susan Schroeder, Tulane University

The most widely read account of the conquest in its time, Gómara's Historia general de las Indias y Conquista de México rationalized the conquistadors' crimes as unavoidable evils in the task of bringing "civilization" to the New World. Through an elaborate defense of Spanish imperialism, Gómara aimed to convince his readers of the merits of the conquest, regardless of the devastation it had wrought upon Spain's new subjects. Despite his efforts, Gómara's apologist text quickly fell into disrepute and became ammunition for Spain's critics. Evaluating the effectiveness of ideologies of colonization, Roa-de-la-Carrera's analysis will appeal to scholars in colonial studies and readers interested in the history of the Americas.