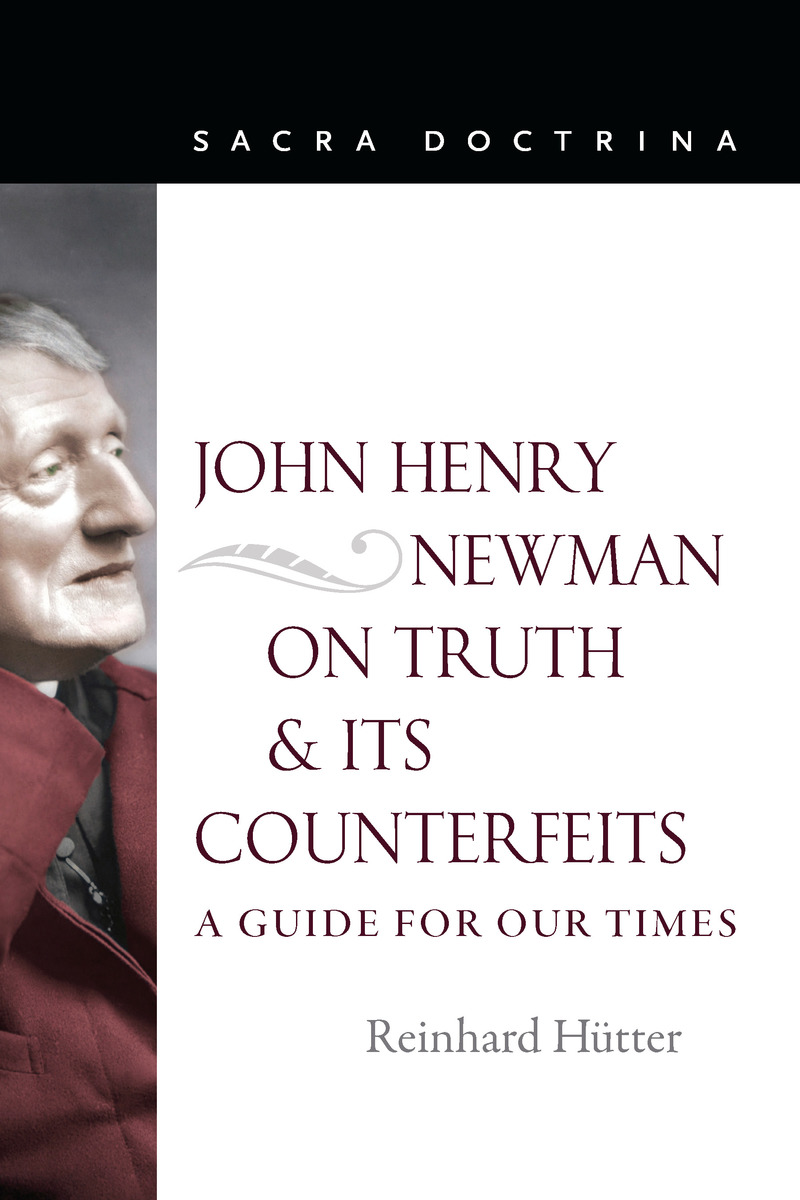 John Henry Newman on Truth and its Counterfeits: A Guide for Our Times

ABOUT THIS BOOK
Reinhard Hütter’s main thesis in this third volume of the Sacra Doctrina series is that John Henry Newman, in his own context of the nineteenth century, a century far from being a foreign one to our own, faced the same challenges as we do today; the problems then and now differ in degree, not in kind. Hence, Newman's engagement with these problems offers us a prescient and indeed prophetic diagnosis of what these problems or errors, if not corrected, will lead to—consequences which have more or less come to pass—and, furthermore, an alternative way which is at once thoroughly Catholic and holds contemporary relevance.

The introduction offers a survey of Newman’s life and works and each of the subsequent four chapters addresses one significant aspect of Christianity that is not only contested or rejected by secular unbelief, but also has a counterfeit for which not only Christians, but even Catholics have fallen. The counterfeit of conscience is the “conscience” of the sovereign subject (Ch. 1); the counterfeit of faith is the “faith” of one who does not submit to the living authority through which God communicates but rather adheres to the principle of private judgment in matters of revealed religion(Ch.2); the counterfeit of doctrinal development is twofold: (i) paying lip service to development while only selectively accepting its consequences on the grounds of a specious antiquarianism and (ii) invoking development theory to justify all sorts of contemporary changes according to the present Zeitgeist (Ch. 3). Finally, the counterfeit of the university are all those “universities” whose end is not to educate and thereby to perfect the intellect, but rather to feed more efficiently the empire of desire that is informed by the techno-consumerism of today (Ch. 4). The book concludes with an epilogue on Hütter’s journey to Catholicism.
TABLE OF CONTENTS
Series Page
Title Page
Copyright Page
Dedication
Contents
Preface
Acknowledgments
Abbreviations
Prologue: Newman and Us
1. Conscience and Its Counterfeit
2. Faith and Its Counterfeit
3. The Development of Doctrine and Its Counterfeits
4. The University and Its Counterfeit
Epilogue: A Newmanian Theological Journey into the Catholic Church
Selected Bibliography
Index of Names
General Index
Also in the Sacra Doctrina Series