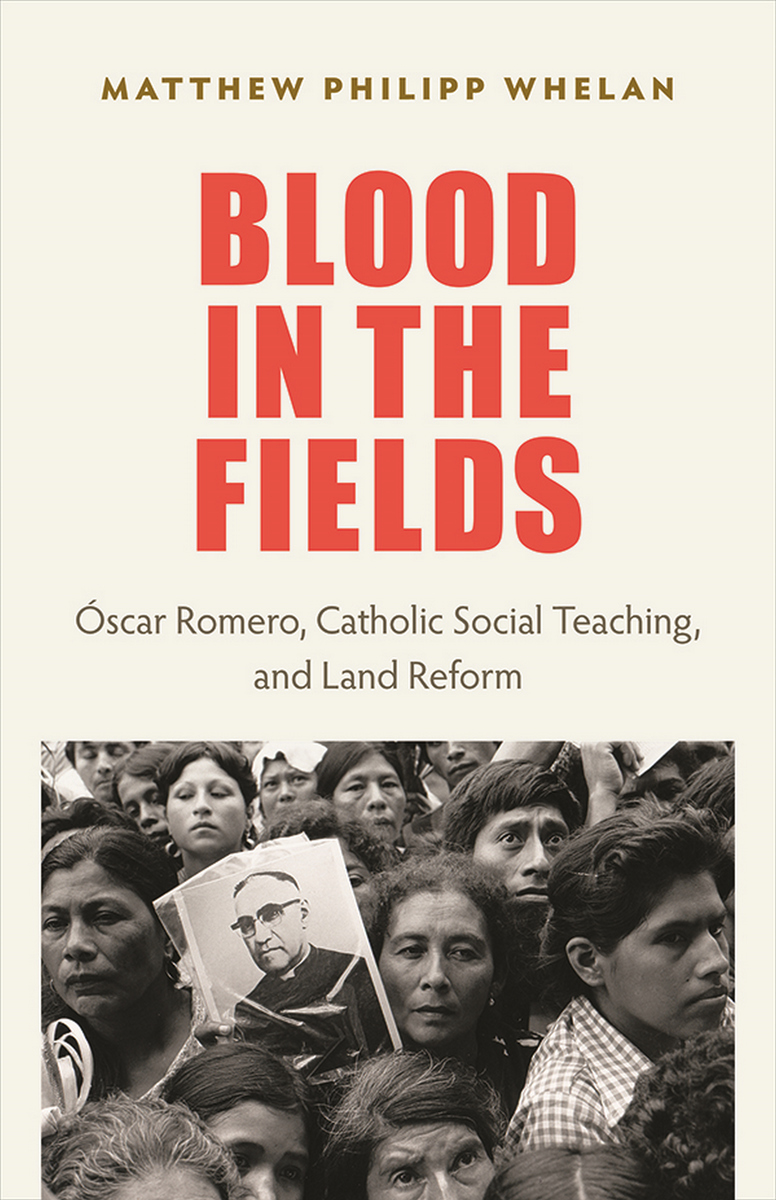 ABOUT THIS BOOK
On March 24, 1980, a sniper shot and killed Archbishop Óscar Romero as he celebrated mass. Today, nearly four decades after his death, the world continues to wrestle with the meaning of his witness.

Blood in the Fields: Óscar Romero, Catholic Social Teaching, and Land Reform treats Romero’s role in one of the central conflicts that seized El Salvador during his time as archbishop and that plunged the country into civil war immediately after his death: the conflict over the concentration of agricultural land and the exclusion of the majority from access to land to farm. Drawing extensively on historical and archival sources, Blood in the Fields examines how and why Romero advocated for justice in the distribution of land, and the cost he faced in doing so.

In contrast to his critics, who understood Romero’s calls for land reform as a communist-inspired assault on private property, Blood in the Fields shows how Romero relied upon what Catholic Social Teaching calls the common destination of created goods, drawing out its implications for what property is and what possessing it entails. For Romero, the pursuit of land reform became part of a more comprehensive politics of common use, prioritizing access of all peoples to God’s gift of creation.

In this way, Blood in the Fields reveals how close consideration of this conflict over land opened up into a much more expansive moral and theological landscape, in which the struggle for justice in the distribution of land also became a struggle over what it meant to be human, to live in society with others, and even to be a follower of Christ. Understanding this conflict and its theological stakes helps clarify the meaning of Romero’s witness and the way God’s work to restore creation in Christ is cruciform.
TABLE OF CONTENTS
Title Page
Copyright
Dedication
Contents
Acknowledgments
Abbreviations and Acronyms
Epigraph
Introduction
Part 1. Gift of the Earth
1. “You Possess the Land That Belongs to All Salvadorans”
2. The Grammar of Creation
Part 2. Work of Human Hands
3. Land Reform and the Politics of Common Use
4. The Land of the Savior
Part 3. Body of Christ
5. The Witness of Óscar Romero
Epilogue
Bibliography
Index of Names
General Index