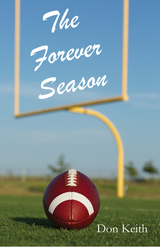 This tale of youth and the immutable forces of society arrayed against its innocence and optimism has been called the best football novel in years.

I died exactly the way I lived.” So begins the astonishing story of C. P. (Corinthians Phillipians) McKay, a star football player and passionate student who loves poetry. C. P. is a young man who appears to have everything going for him. But his downfall begins when he receives a scholarship to a major university. There, he finds his dream blocked from all directions by a ruthless coach, an unethical university president, and a cynical professor as he attempts to play the game he loves, satisfy his desire for knowledge, and guard his integrity.

Said to rival John Grisham’s A Time to Kill among debut novels, The Forever Season was first published by St. Martin’s Press in 1995. Bookpage proclaimed, “It is so much more than a sports story. . . . As understated and as clearly written as the better work of Erskine Caldwell. And as shocking!” The Chattanooga Free Press described it as “a fast-paced, funny and poignant look at coming of age [with] vivid characters [and] well-drawn witty prose [that] will engage readers who don’t know a clip from a couplet.”

In The Forever Season, Don Keith writes with a concise, hard-edged pen about a subject he knows well—the South, its trailer park culture, and its passion for gridiron glory—while exploring universal themes of fumbling youth and innocence lost.

Don Keith is an independent writer living in Birmingham. He has written 10 novels, including Wizard of the Wind, a story of the radio business.