Seldom recognized, yet contributing significantly to the structure of early American modernism is a group of women who were once the art students of the popular and perhaps most influential American art teacher of the twentieth century, Robert Henri (1865-1929). Henri encouraged an art that was expressive of personal emotions and experience and that was grounded in life. He preached equality among different media and approaches to art. Giving heed to his teachings, his women students engaged in a wide variety of artistic production. Collectively, the stunning variety and power of their work in painting, sculpture, printmaking, textiles, decorative arts, and furniture broadens our understanding of American modernism and illuminates the role of women artists in shaping it. Yet, these women have remained largely unstudied, and virtually unknown, even among art historians.

The seven new essays included in this volume move beyond the famed Ashcan School-the small group of Henri's male students who worked in a narrow range of urban realist subjects-to recover the lesser known work of his women students. The contributors, who include well-known scholars of art history, American studies, and cultural studies demonstrate how these women participated in the "modernizing" of women's roles during this era; how gender controlled their art, productivity, sales, and reception; how their many styles, media, and subjects enrich our understanding of modern American art; and how the work of modern women artists relates to women's involvement in other areas of modern American society and culture, including labor and social reform, patronage, literature, dance, and music.

Lavishly illustrated and complemented by short biographies of more than 400 of Henri's students, this delightful collection adds a long-ignored but deserving dimension to an expanded story of American modernism and to women's contributions to the arts. 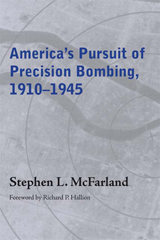 The refinement of American military technology 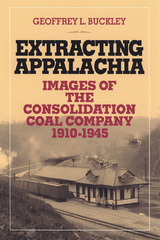 Strike From the Sky
The History of Battlefield Air Attack, 1910-1945
Richard P. Hallion, foreword by R. A. Mason
University of Alabama Press, 2010

Chronicles the history of battlefield air attack from 1911, when the airplane was first used in war, to the end of World War II.