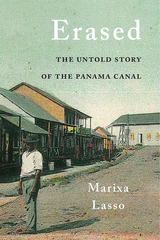 Erased
The Untold Story of the Panama Canal
Marixa Lasso
Harvard University Press, 2019
Cutting a path from the Atlantic to the Pacific, the Panama Canal set a new course for the development of Central America—but at considerable cost to Panamanians. Sleuth and scholar Marixa Lasso recounts how the canal’s American builders displaced 40,000 residents and erased entire towns in the guise of bringing modernity to the tropics.
[more] 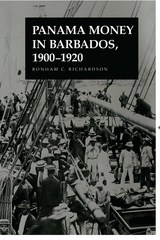 Seaway to the Future
American Social Visions and the Construction of the Panama Canal
Alexander Missal
University of Wisconsin Press, 2008
Realizing the century-old dream of a passage to India, the building of the Panama Canal was an engineering feat of colossal dimensions, a construction site filled not only with mud and water but with interpretations, meanings, and social visions. Alexander Missal’s Seaway to the Future unfolds a cultural history of the Panama Canal project, revealed in the texts and images of the era’s policymakers and commentators. Observing its creation, journalists, travel writers, and officials interpreted the Canal and its environs as a perfect society under an efficient, authoritarian management featuring innovations in technology, work, health, and consumption. For their middle-class audience in the United States, the writers depicted a foreign yet familiar place, a showcase for the future—images reinforced in the exhibits of the 1915 Panama-Pacific International Exposition that celebrated the Canal’s completion. Through these depictions, the building of the Panama Canal became a powerful symbol in a broader search for order as Americans looked to the modern age with both anxiety and anticipation.
Like most utopian visions, this one aspired to perfection at the price of exclusion. Overlooking the West Indian laborers who built the Canal, its admirers praised the white elite that supervised and administered it. Inspired by the masculine ideal personified by President Theodore Roosevelt, writers depicted the Canal Zone as an emphatically male enterprise and Chief Engineer George W. Goethals as the emblem of a new type of social leader, the engineer-soldier, the benevolent despot. Examining these and other images of the Panama Canal project, Seaway to the Future shows how they reflected popular attitudes toward an evolving modern world and, no less important, helped shape those perceptions.