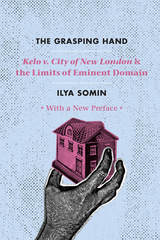 
Preface to the Paperback Edition

Chapter 1. The Trouble in Fort Trumbull

Chapter 2. From Public Use to Public Purpose

Chapter 3. The Perils of Public Purpose

Chapter 8. Should Blight and Economic Development Takings Be Reformed or Banned?