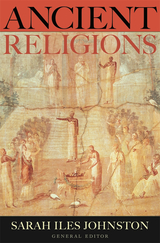 Religious beliefs and practices, which permeated all aspects of life in antiquity, traveled well-worn routes throughout the Mediterranean: itinerant charismatic practitioners journeying from place to place peddled their skills as healers, purifiers, cursers, and initiators; and vessels decorated with illustrations of myths traveled with them. New gods encountered in foreign lands by merchants and conquerors were sometimes taken home to be adapted and adopted. This collection of essays by a distinguished international group of scholars, drawn from the groundbreaking reference work Religions of the Ancient World, offers an expansive, comparative perspective on this complex spiritual world.
TABLE OF CONTENTS