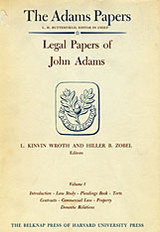 Reviews of this book:
one of the major unpublished diaries of our history
--Henry Steele Commager, Book Week

Reviews of this book:
The Donald have done a superlative job.Though meticulous and learned, they have not crossed the line to pedantry. Their annotation of the text is discrimination. We are given all-but not more than all-the information we need; our way is smoothed, not choked . . .the style of the notes is literate without being 'fancy', intelligent without being'clever'. The Donalds have tried to serve the diary, not themselves. Finally, there is the precise, complete index, which, in providing additional information on the dramatispersonae, is itself a considerable scholarly achievement

''The Charles Francis Adams diary an an immnsely important record of 19th-centuryAmerica, has found editors worthy of it
--Martin B. Duberman, New York Times Book Review

Reviews of this book:
These diaries deal '' with the early years when Charles Francis was a none-too-serious student at Harvard, whe he was leisuely reading law in the office of Daniel Webster, and when he was painfully courting Abigail Brooks . . .The value of these volumes lies . . .in the light the throw on th inner and outer factors which go into the making of another Adams.''
--Avery Craven, Chicago Tribune