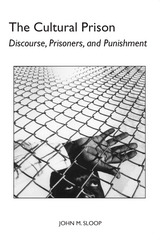 The incarcerated in America's cultural imagination.


The Cultural Prison brings a new dimension to the study of prisoners and punishment by focusing on how the punishment of American offenders is represented and shaped in the mass media through public arguments. The study is based on an analysis of 642 articles collected by the author from American popular journals and magazines, as well as newspaper accounts, films, and public speeches, spanning the years 1950 to 1992. By piecing together and studying these popular narratives, he divides the history of prisoners and punishment into four eras, each marked by a shift in value system. He argues that the discourse, or rhetoric, surrounding prisoners and punishment on the public level works as a historical force that shapes contemporary culture.

The author is concerned that the public seems to have an inability or unwillingness to question or resist cultural definitions of normalcy and legal behavior. He explains that ideally moral behavior should be a matter of public debate rather than of unquestioned perpetuation, and he urges increased understanding of institutional and cultural discipline and our questioning the ways in which the constitution of punishment and prisoners influences us culturally.

The"cultural prison" refers to the way in which this study acts as an investigation of "the discipline of discipline"; it is an examination of the way in which discipline is shaped and formed in public discourse. The volume concludes with a fascinating account of the move to electronic means of surveillance; coupled with the representations of the prisoner along the lines of race and gender, it explains what these new techniques mean to contemporary culture.

AUTHOR BIOGRAPHY
John M. Sloop is Professor and Chair-elect of the Department of Communication Studies and Theatre at Vanderbilt University and author of Disciplining Gender: Rhetorics of Sex Identity in Contemporary U.S. Culture.
TABLE OF CONTENTS