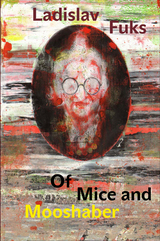 Ladislav Fuks (1923–94) was an outstanding Czech writer whose work, consisting primarily of psychological fiction, explores themes of anxiety and life in totalitarian systems. Fuks is best known for his works of short fiction set during the Holocaust, specifically “The Cremator,” a story—later made into a film—about a worker in a crematorium, who, under the influence of Nazi propaganda, murders his entire family.

Written before the occupation of Czechoslovakia in 1968 but not published until 1970, Of Mice and Mooshaber is Fuks’s first novel. The story takes place in an unspecified country in which the ruler has been overthrown and replaced by a dictator. The main protagonist, Mrs. Mooshaber, is an old widow whose husband was a coachman in a brewery. Her life revolves around her job as a caretaker for troublesome children, her own ungrateful children, and her fear of mice, which she tries to catch in traps. Blending elements of the grotesque with the fantastic, Fuks’s novel of heartbreaking tragedy speaks to the evil that can be found within the human soul.
AUTHOR BIOGRAPHY
Ladislav Fuks (1923–94) was a Czech author whose numerous works of short fiction include “The Cremator” and “Mr. Theodore Mundstock.”
TABLE OF CONTENTS