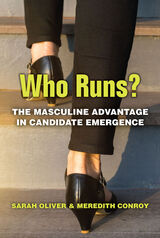 To explain women’s underrepresentation in American politics, researchers have directed their attention to differences between men and women, especially during the candidate emergence process, which includes recruitment, perception of qualifications, and political ambition. Although these previous analyses have shown that consistent dissimilarities likely explain why men outnumber women in government, they have overlooked a more explicit role for gender (masculinity and femininity) in explanations of candidate emergence variation.
Meredith Conroy and Sarah Oliver focus on the candidate emergence process (recruitment, perceived qualifications, and ambition), and investigate the affects of individuals’ gender personality on these variables to improve theories of women’s underrepresentation in government. They argue that since politics and masculinity are congruent, we should observe more precise variation in the candidate emergence process along gender differences, than along sex differences in isolation. Individuals who are more masculine will be more likely to be recruited, perceive of themselves as qualified, and express political ambition, than less masculine individuals. This differs from studies that look at sex differences, because it accepts that some women defy gender norms and break into politics. By including a measure of gender personality we can more fully grapple with women’s progress in American politics, and consider whether this progress rests on masculine behaviors and attributes. Who Runs? The Masculine Advantage in Candidate Emergence explores this possibility and the potential ramifications.
AUTHOR BIOGRAPHY
Sarah Oliver is Assistant Professor of Political Science at Towson University.