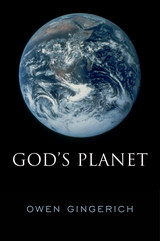 Many scientists look at the universe and conclude we are here by chance. The astronomer and historian Owen Gingerich looks at the same evidence—and the fact that the universe is comprehensible to our minds—and sees it as proof for the intentions of a Creator-God. The more rigorous science becomes, the more clearly God’s handiwork can be understood.
TABLE OF CONTENTS
Contents
Foreword, by Randy Isaac
Prologue
Chapter 1. Was Copernicus Right?
Chapter 2. Was Darwin Right?
Chapter 3. Was Hoyle Right?
Notes
Acknowledgments
Index