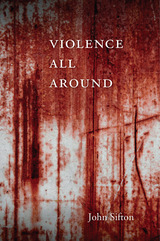 A human rights lawyer travels to hot zones around the globe before and after 9/11 to document abuses by warlords, terrorists, and counterterrorism forces. John Sifton reminds us that human rights advocates can only shame the world into better behavior; to invoke rights is to invoke the force to uphold them, including the very violence they deplore.
TABLE OF CONTENTS
Contents
Preface
Part I: Deeds
1. The Desert of the Real
2. Conquest and Consequences
3. Violence and Distance
4. The Limits of Remote Violence
Part II: Words
5. The Theater of Force
6. Defining Violence
7. Torture
8. The Violence of Nonviolence
9. Outrage
10. Terror as Justice
11. Change
Notes
Acknowledgments
Index