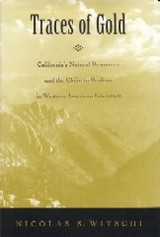 Broadening our understanding of what constitutes "realism," Nicolas Witschi artfully demonstrates the linkage of American literary realism to the texts, myths, and resources of the American West.

From Gold Rush romances to cowboy Westerns, from hard-boiled detective thrillers to nature writing, the American West has long been known mainly through hackneyed representations in popular genres. But a close look at the literary history of the West reveals a number of writers who claim that their works represent the "real" West. As Nicolas Witschi shows, writers as varied as Bret Harte, John Muir, Frank Norris, Mary Austin, and Raymond Chandler have used claims of textual realism to engage, replicate, or challenge commonly held assumptions about the West, while historically acknowledged realists like William Dean Howells and Mark Twain have often relied on genre-derived impressions about the region.

The familiar association of the West with nature and the "great outdoors" implies that life in the West affords an unambiguous relationship with an unalloyed, non-human, real nature. But through a combination of textual scholarship, genre criticism, and materialist cultural studies, Witschi complicates this notion of wide open spaces and unfettered opportunity. The West has been the primary source of raw materials for American industrial and economic expansion, especially between the California Gold Rush and World War II, and Witschi argues that the writers he examines exist within the intersections of cultural and material modes of production. Realistic depictions of Western nature, he concludes, must rely on the representation of the extraction of material resources like minerals, water, and oil.

With its forays into ecocriticism and cultural studies, Traces of Gold will appeal to students and scholars of American literature, American studies, and western history.

Nicolas S. Witschi is a professor of English at Western Michigan University. A past copresident of the Western Literature Association, author of a Western Writers Series monograph on Alonzo "Old Block" Delano (2006) and of articles and essays on Mary Austin, John Muir, Sinclair Lewis, and Henry James. Most recently, he is the editor of A Companion to the Literature and Culture of the American West (2011) and with Melody Graulich the co-editor of Dirty Words in "Deadwood": Literature and the Postwestern (2013).

TABLE OF CONTENTS
Contents
Acknowledgments
Introduction: The Genres of Realism
1. Bret Harte and the Gold Rush Claim to Realism
2. John of the Mines: Muir’s Picturesque Rewrite of the Gold Rush
3. “Why, Have You Got the Atlantic Monthly Out Here?” W. D. Howells, Realism, and the Idea of the West
4. 1902: The Generic Imagination in Transition
5. “I Know What Is Best for You”: Post-Howellsian Realism in Mary Austin’s Desert Narratives
6. Hard-Boiled Nature: California, Detective Fiction, and the Limits of Representation
Notes
Works Cited
Index